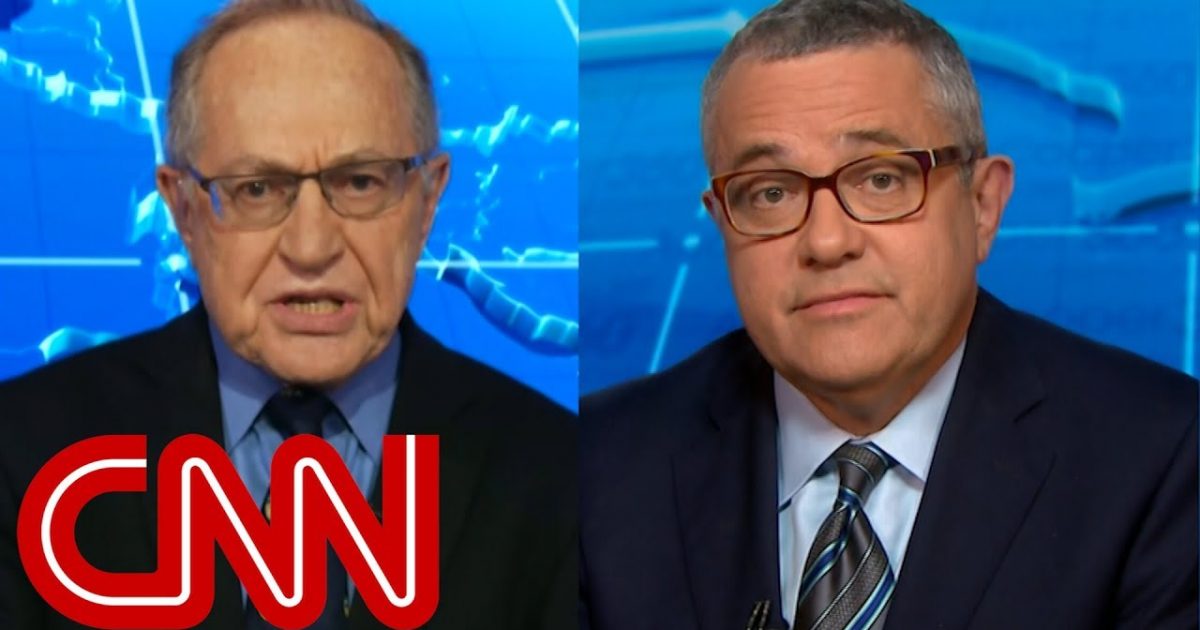 [VIDEO] If you want to know what Libertarian Alan Dershowitz has on his mind, just key him up and give him a chance to speak. better yet, accuse him of carrying water for president Donald Trump. He appeared on CNN and was challenged for his position. Make no mistake, Mr. Dershowitz was very clear about how he feels about the issues, especially the Russia collusion witch hunt. Watch what he has to say.

CNN’s legal analyst Jeffrey Toobin tore into his friend and mentor Alan Dershowitz, saying that he was carrying water for President Trump, and the famed civil libertarian fired right back

“How has this come about that in every situation over the past year you have been carrying water for Donald Trump?” Toobin said.

“This is not who you used to be,” he continued. “And you are doing this over and over again in situations that are obviously rife with conflict of interest, and just what’s happened to you?”

“I’m saying exactly the same thing I said for fifty years, and Jeffrey you oughta know that, you were my student,” he said.