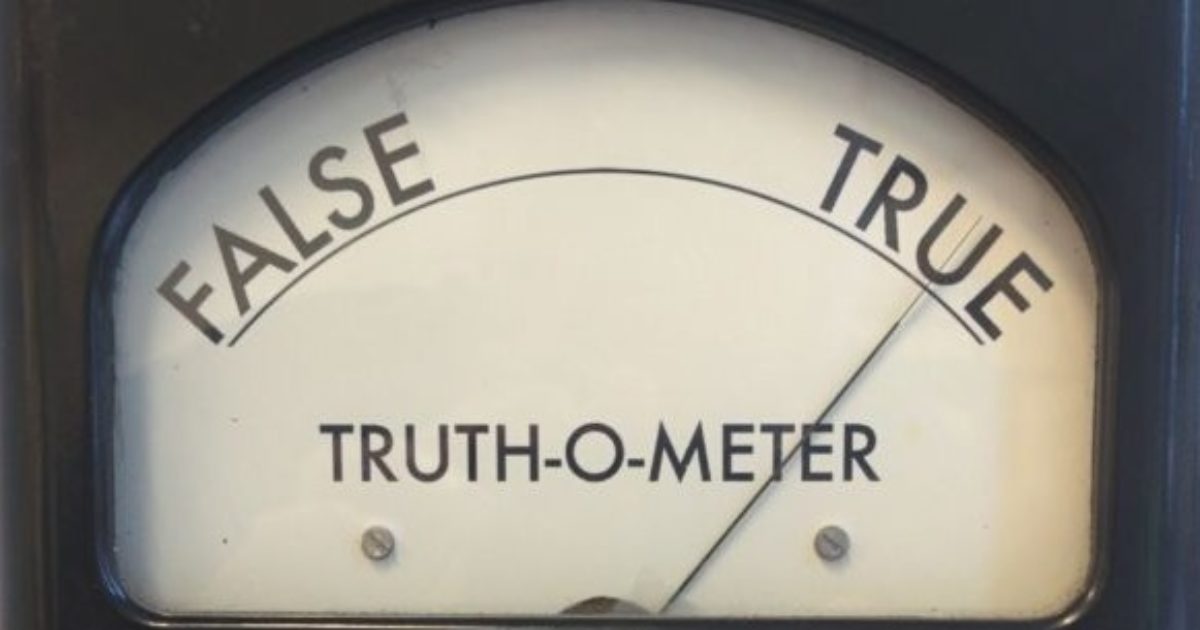 PolitiFact was on hand to provide live fact-checking an Arizona Senate debate on Monday. When your business is based on checking for the truth in every claim and statement, you need to be sure and get it right. That was a problem for the veteran fact checking company when GOPer Martha McSally reminded the audience of a protest attended by her opponent, Kyrsten Sinema. McSally reminded everyone of the pink tutu that Sinema wore in a protest against the military. I guess PolitiFact did not get the photo on that one.

It’s an established fact that Sinema, a former Green Party activist who co-founded an anti-war group, wore a pink tutu at one of the multiple anti-war protests she attended in 2003.

“While we were in harm’s way, she was protesting our troops in a pink tutu,” Republican candidate Martha McSally, a former Air Force fighter pilot, said during Monday night’s debate.

PolitiFact dinged McSally for that comment in its live fact-check of the debate on Twitter: “We looked into that claim and rated it Mostly False.”

But the fact-checker got it wrong. 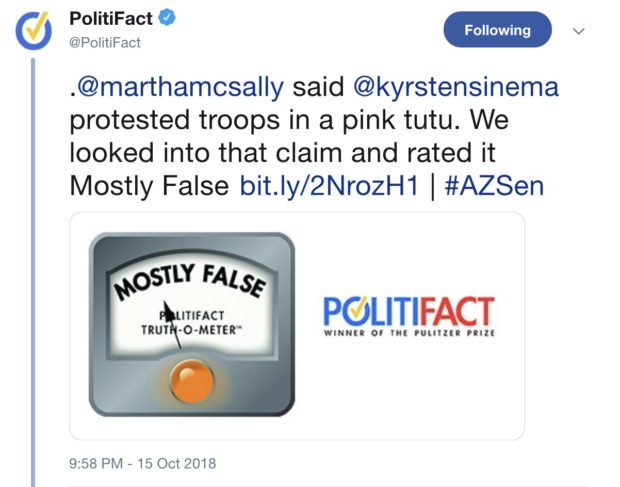 The Sept. 10 article PolitiFact tweeted Monday night evaluated a different claim than what McSally said during the debate.

That article reviewed a McSally campaign ad and examined the……

WAIT! KEEP READING AT THE LINK BELOW: