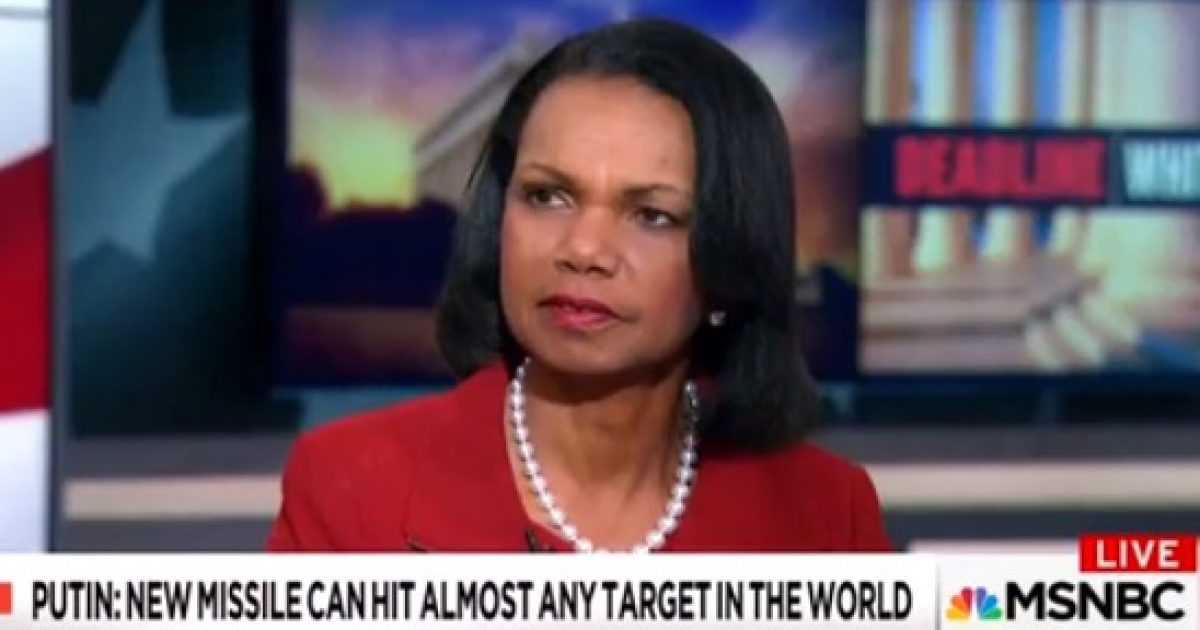 [VIDEO] In this video you will see and hear Condi Rice weigh in on the narrative of the Russians meddling in our election process. In her appearance on MSNBC, she talks about Russian Premier Vladimir Putin. If you listen closely, you will hear her get right down to the motive that Putin may have had to come in against the Hillary Clinton candidacy. This is a very good line of reasoning and Condoleezza Rice is always well thought out and well spoken.

Rice, who has considerable experience with Vladimir Putin, did not hold back on her assessment of the motivations behind Russian election meddling.

She said that then-Secretary of State Clinton criticizing Putin for Russia’s 2012 elections encouraged the foreign leader to seek revenge. Rice said that Putin is an “eye for an eye” kind of person and that he was out to hurt Clinton in order to prove that America could also have flawed elections.