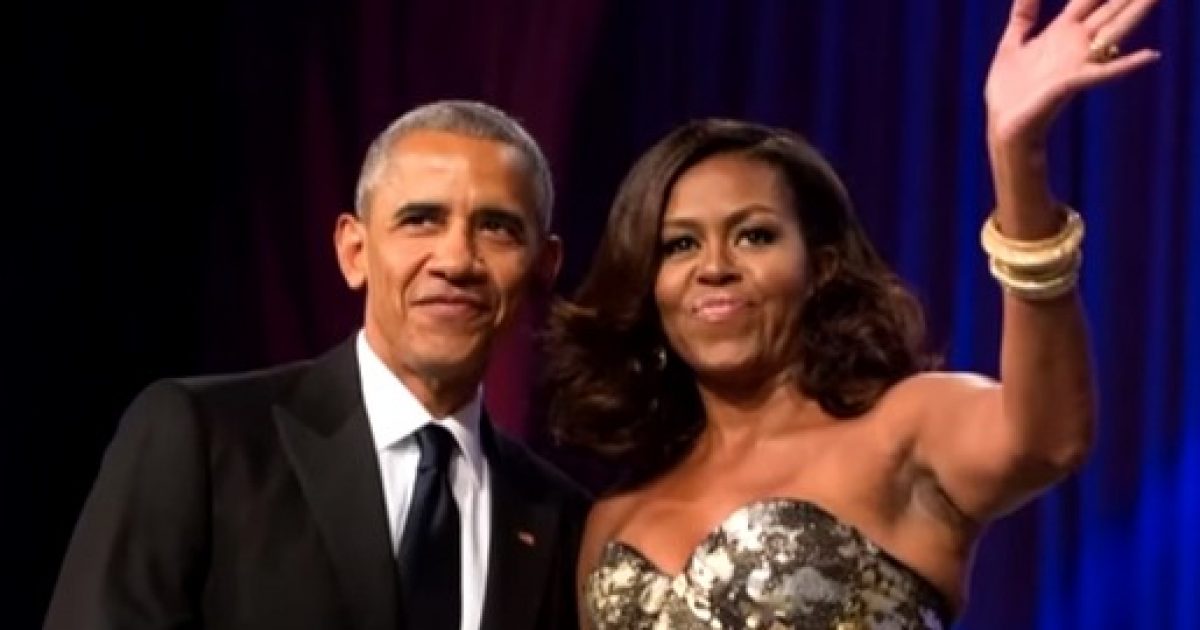 UPDATE: After an AP Fact Check Inquiry we have looked deeper into the possibility that Valerie Jarrett may not have moved into the Obama DC mansion. Multiple top news sources including Fox News, Breitbart, Daily Caller, Free Beacon, and more do not show any corrections to the original story and SNOPES has not listed true or false, only the implication that they themselves do not believe she moved in. We will leave this headline as is until we have seen proof either way and continue to dig for these answers and issue any correction needed at that time.

Rather than sailing off into the political sunset, Obama’s actually helping lead the anti-Trump resistance from his DC compound and now we know why Valerie Jarrett moved in with him. The media may lead you to believe that Barack Obama has settled peacefully into retirement and has become apolitical. That is far from the truth. He may appear to not be very involved, but like a duck, he is paddling like hell behind the scenes. Here is what he is up to. You won’t read this elsewhere.

As Written and Reported By Paul Sperry for the NY Post:

If you believe recent media accounts, the former Democratic president has suddenly transcended the political fray. It’s as if a newly “Zen-like” Barack Obama is content to just write his memoir and let Donald Trump and Republicans write the next chapter of history.

In a cover story asking “Where is Barack Obama?” for example, New York magazine concluded that the 44th president has “virtually disappeared” from the political scene and is sitting idly by as his legacy is dismantled piece by piece. From an exclusive interview, the periodical concluded Obama was “modeling his political engagement out of office after George W. Bush’s” — that is, staying out of the rough-and-tumble of politics, maintaining distance from his former office and resigning himself to be an elder statesman fading into the sunset.

Obama is doing far more to shape the political landscape than is visible. In fact, for an ex-prez, he’s taking an unusually active role in politics, including helping radical protest groups fight Trump and his policies and devising a scheme to flip the GOP majority in the House and permanently turn red seats blue.

From his sprawling DC office not far from the White House, where he oversees a full……

Barack Obama’s ‘disappearance’ is a myth

What Happens When Violent Criminals Are Released Early: Man Murders Woman, Cuts Her Heart Out and Cooks it For His Family
February 25th, 2021 TCP News

Like Being Lied To Americans? Kamala Harris Returns Home, 2 People Welcome Her – The Mainstream Media Told Us That Her And Biden Had 80 Million Votes – Where Are They? They DO NOT EXIST!
February 25th, 2021 Sons of Liberty Media