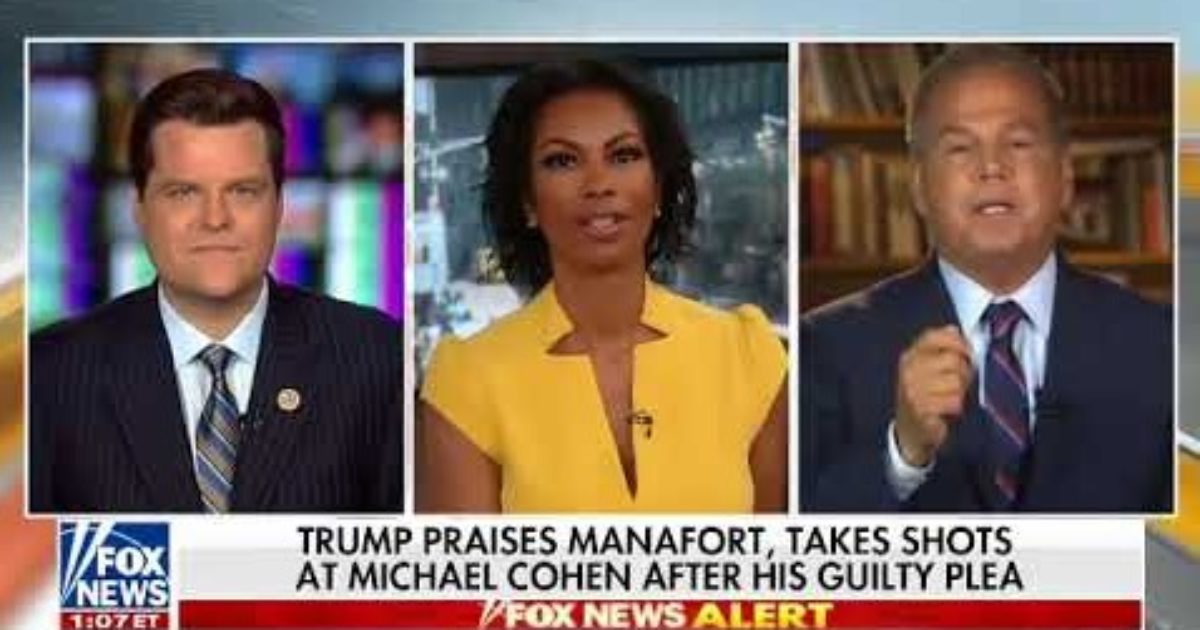 [VIDEO] FOX New’s own Harris Faulkner has the last word in this exchange. She had to because of the dustup that was going on between Florida Republican Congressman Matthew Gaetz and Rhode Island Democratic Congressman David Cicilline (D-R.I.). Congressman Cicilline was very vocal and continued to override anyone else’s comments. That leade Ms. Faulkner to deliver a parting shot as the segment closed.

As Written and Reported By Mike Brest for the Daily Caller:

Harris Faulkner moderated a heated debate between Congressmen Matthew Gaetz (R-Fla.) and David Cicilline (D-R.I.) about everything from the Manafort verdict to the Mueller investigation on Fox News’ “Outnumbered” Wednesday.

“Look at what he does, not what he says. This is the most corrupt administration in our history,” Cicilline started. “You go down the cabinet members from Pruitt to Price and on and on. Let me finish. Let me just finish” Cicilline said. “What they want is — they want an economy — Matt, I let you finish. Please let me finish. They want an economy that doesn’t just work for people at the very top but that works for everyone.”

Gaetz then jumped in, listing some of the administration’s accomplishments: “Longest consecutive job growth streak in American history. Fastest growth of wages in 10 years. We have G.D.P. growth that’s doubling. So, if the American people want to judge based on the experiences that they have had, they have more money in their pocket. They have got a tax cut,” Gaetz said.

He continued, “Harris invited us to talk about the Manafort verdict and Cohen, and you don’t want to talk about either because you are a very smart Democrat.”

The back-and-forth argument continued until Faulkner had to end…..