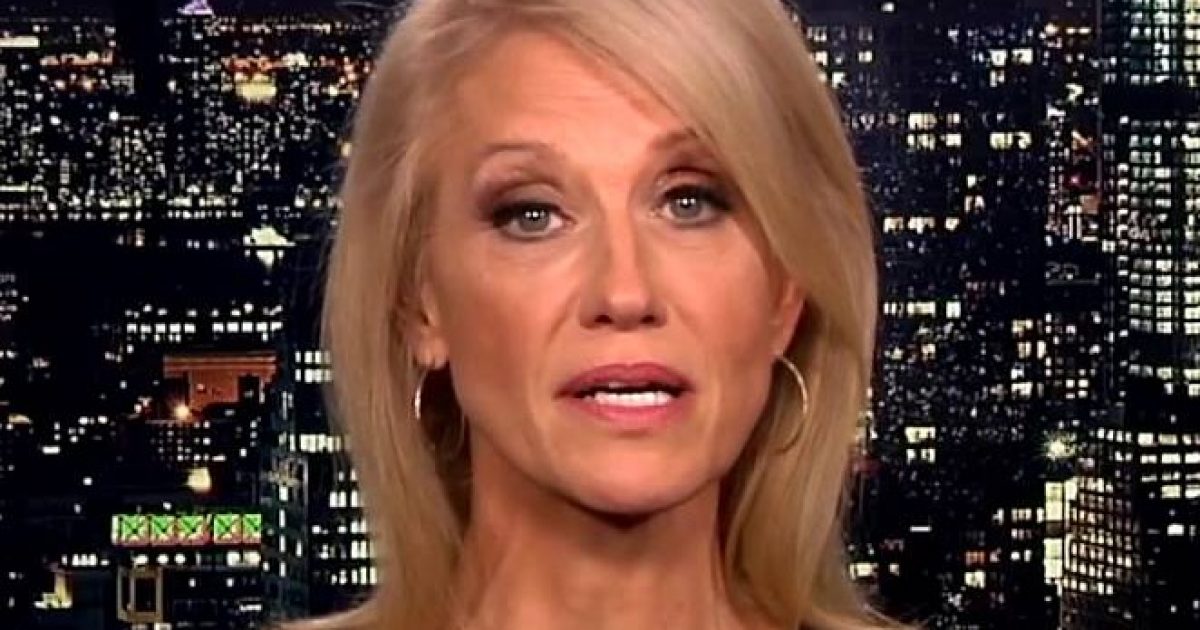 In case you missed it, Presidential aide Kellyanne Conway has been accused by the Federal Elections Commission of violations of the Hatch Act. That means that Federal employees may not endorse a candidate while in an official capacity. The White House has come strongly to her defense. Reading what she said and in the context she said it, do you think that these charges are valid?

UPDATE: The White House has released a statement in defense of Conway.

“In fact, Kellyanne’s statements actually show her intention and desire to comply with the Hatch Act – as she twice declined to respond to the host’s specific invitation to encourage Alabamans to vote for the Republican.” Statement attributed to @hogangidley45 https://t.co/gtu8iTXUXA

The U.S. Office of Special Counsel is charging that White House Counselor Kellyanne Conway has violated the Hatch Act after appearing to publicly endorse a Senate candidate last year.

The office is pointing to two questionable appearances Conway made on Fox News and CNN last year in which she urged voters in the Alabama Senate election to support Republican Roy Moore over Democrat Doug Jones. Under the Hatch Act, federal employees are prohibited from engaging in partisan politics.

The office said that on November 20, Conway appeared in her official capacity on Fox News’s Fox & Friends “and discussed why voters should not support Democrat Doug Jones in the Alabama special election for U.S. Senate.”

“On December 6, 2017, Conway appeared in her official capacity on CNN’s New Day and discussed why voters should support Republican Roy Moore and not Democrat Doug Jones in the Alabama special election for U.S. Senate,” the office said. (CNBC)

Because she appeared both times in her “official capacity,” she is in violation of the law, the office charged……..