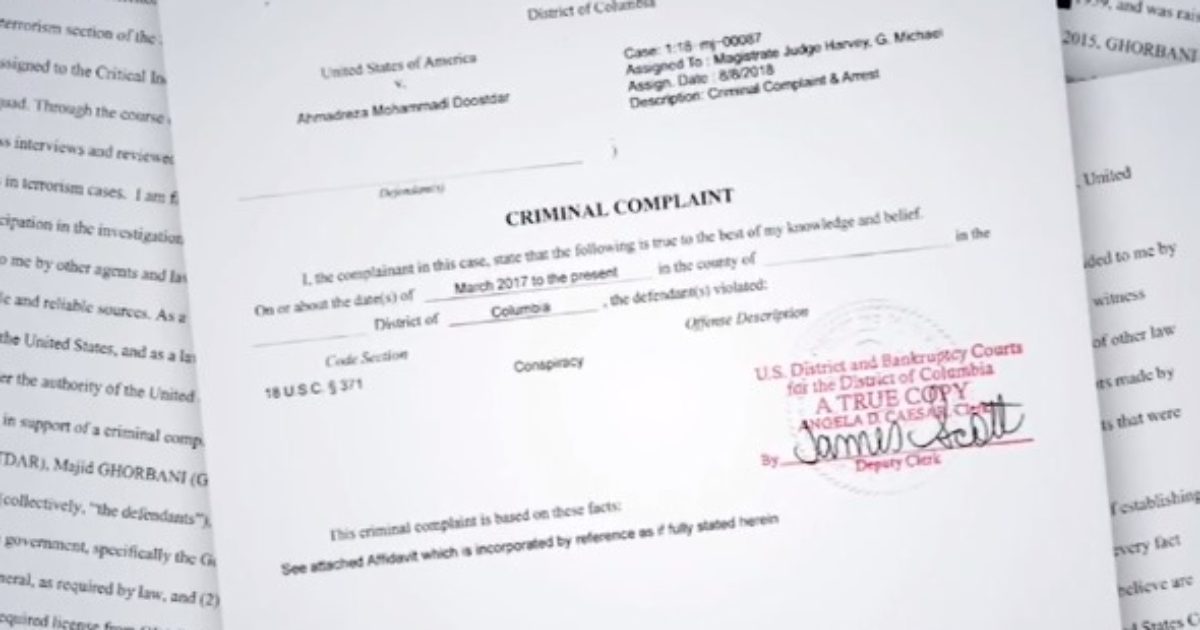 Two Iranian-Americans have been arrested for spying. This is not your usual Spy-vs-Spy or government vs government type of spying. You could say that this level of spying was more sinister than that. The targets of this spying were not the secrets of the United States Government. Instead, Jewish facilities were spied upon and security features were recorded and reported back to the Iranian government. Also as a target were Islamist groups located in the United States that oppose the Iranian regime. What were the ultimate intentions of Iran and what does that say for the security of these groups in our nation? Read on.

Two Iranian-Americans have been charged by the Trump administration with spying on Jewish and Israeli-associated facilities in California on behalf of the hardline Iranian regime, the Department of Justice announced late Monday.

The charges, first made public on Monday, are among the first by the Trump administration charging Iranian spies of running operations on the Jewish and American communities on American soil.

“The National Security Division is committed to protecting the United States from individuals within our country who unlawfully act on behalf of hostile foreign nations,” Assistant Attorney General John Demers said in a statement.

The two Iranian individuals—identified as Ahmadreza Mohammadi-Doostdar, a dual U.S.-Iranian citizen, and Majid Ghorbani, an Iranian citizen and resident of California—”with allegedly acting on behalf of the government of the Islamic Republic of Iran by conducting covert surveillance of Israeli and Jewish facilities in the United States, and collecting identifying information about American citizens and U.S. nationals who are members of the group Mujahedin-e Khalq (MEK),” an Iranian opposition group that promotes regime change in the Islamic Republic……..

THERE IS WAY MORE! DON’T STOP READING. MORE AT THE LINK BELOW