[VIDEO] Does this WaPo writer not pay attention to his own organization’s reporting? Can the Trump Derangement Syndrom be so bad that he cannot sort his own fiction from reality? How do you take the Special Counsel indictment of 13 Russians that states that no Americans were involved and then say the President was involved? You have to see this to believe that he said it. OMG.

Liberal journalists are committed to their theory that President Donald Trump’s presidential campaign knowingly colluded with Russians — and they won’t let any facts get in the way.

Rucker’s evidence for such a claim relies on a handful of tweets the president has made. One tweet Rucker cites quotes Trump as saying, “The Russia-Trump collusion story is a total hoax, when will this taxpayer-funded charade end?”

Despite the fact that the Justice Department and FBI made clear that no Americans were involved in the indicted Russians’ schemes to disrupt our election, Rucker nonetheless declared the charges “a fatal blow to one of the president’s favorite talking points….. 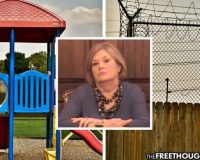