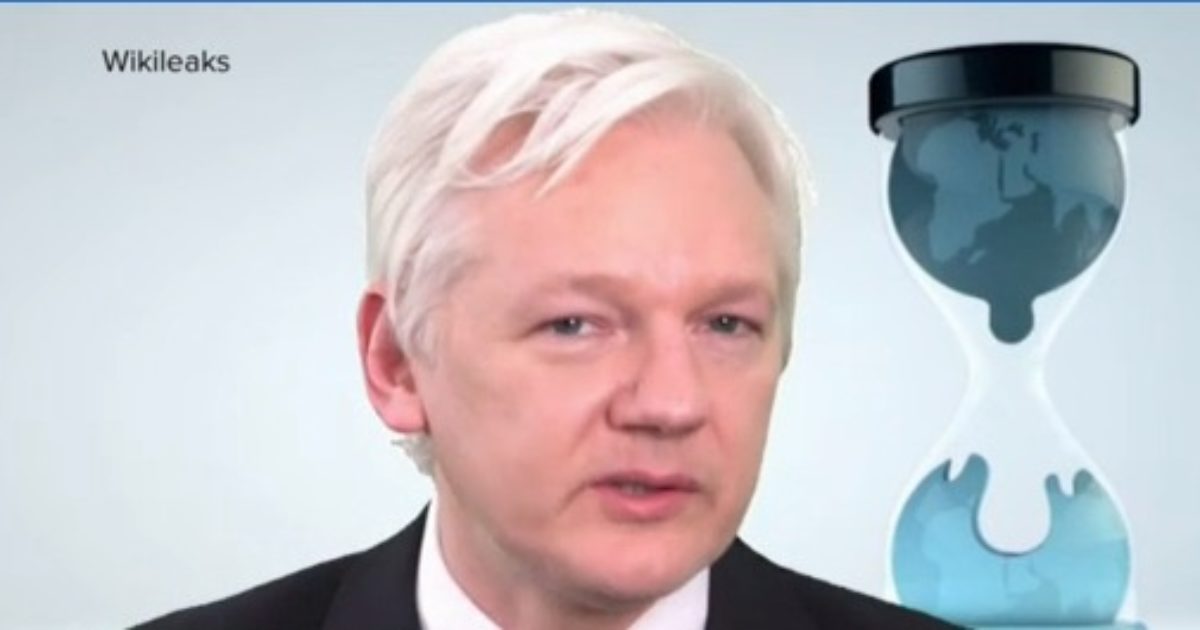 [VIDEO] It is highly probable that Julian Assange may be spending his last days in the Ecuadorian Embassy in London. If he is forced out by the President of Ecuador, who sees him as a thorn in his side, Assange faces arrest and deportation as well. The founder of Wikileaks has been hole up in the embassy since 2012. He has become increasingly isolated since the new President has taken office in Ecuador. The United States want at him to discuss all the emails that were exposed through Wikileaks.

As Written and Reported By JAMES GORDON MEEK and ALI DUKAKIS for ABC News:

LONDON — For Julian Assange, the world’s most famous whistleblower, freedom could be dangerous.

As his residency at the Ecuadorian Embassy in London enters its seventh year, the self-styled cyber revolutionary – WikiLeaks’ founder and controversial publisher of some of the world’s most closely guarded official secrets – is facing a pair of converging crises that have left his allies fearing for his wellbeing and his safety.

Inside the embassy, he is living an increasingly secluded existence, having been stripped of his phones, computers and visitor privileges after running afoul of the very government that gave him asylum. Outside the embassy, he is embroiled in the global political scandal surrounding Russian efforts to interfere in the 2016 election, with questions about his role in that drama being raised by friends and foes alike.

In more ways than one, the very walls protecting Assange also appear to be closing in.

“Life goes on outside the embassy,” journalist Vaughan Smith, one of Assange’s staunchest supporters and perhaps the last friend to visit him, told ABC News. “But life doesn’t go on…..

KEEP READING THE REST OF THE ARTICLE AT THE LINK BELOW: