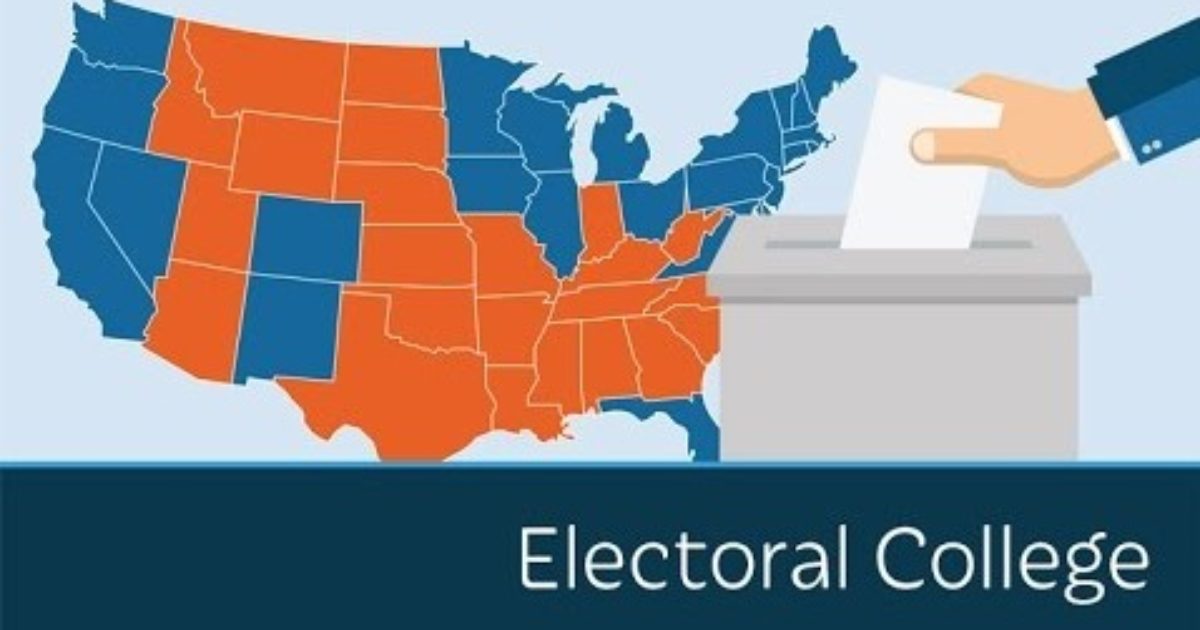 In the King James Version of the Bible, the text of Matthew 7:15 reads: Beware of false prophets, which come to you in sheep’s-clothing, but inwardly they are ravening wolves. That is the warning you can also take about the anti-Electoral College movement under the innocuous name of The National Popular Vote. The Electoral College is there for a purpose that was insight-fully foreseen by the Founding Fathers. That is why the United States is a Republic and not a democracy. Without it, California and New York would control all national politics. We would always have what they elect and you can see what a mess the liberals have made of their States.

As Written and Reported By Tara Ross for the Washington Examiner:

Electoral College opponents must be desperate to get the support of Republicans. No matter what they do, they can’t convince a red state to buy into their plan to effectively eliminate America’s unique presidential system. The National Popular Vote organization has been pushing its anti-Electoral College legislation for years, but so far only blue states have signed on.

And actually, a lot of blue states have signed on. National Popular Vote, or NPV, has the support of 11 blue states plus the District of Columbia. Each has approved NPV’s interstate compact, agreeing to pledge its presidential electors to the winner of the national popular vote instead of the state’s popular vote. The compact goes into effect only after a critical mass of states approves it. The signatory states so far control 172 electoral votes among them, meaning that NPV needs only 98 more electoral votes to take effect.

National Popular Vote plan is a wolf in sheep’s clothing