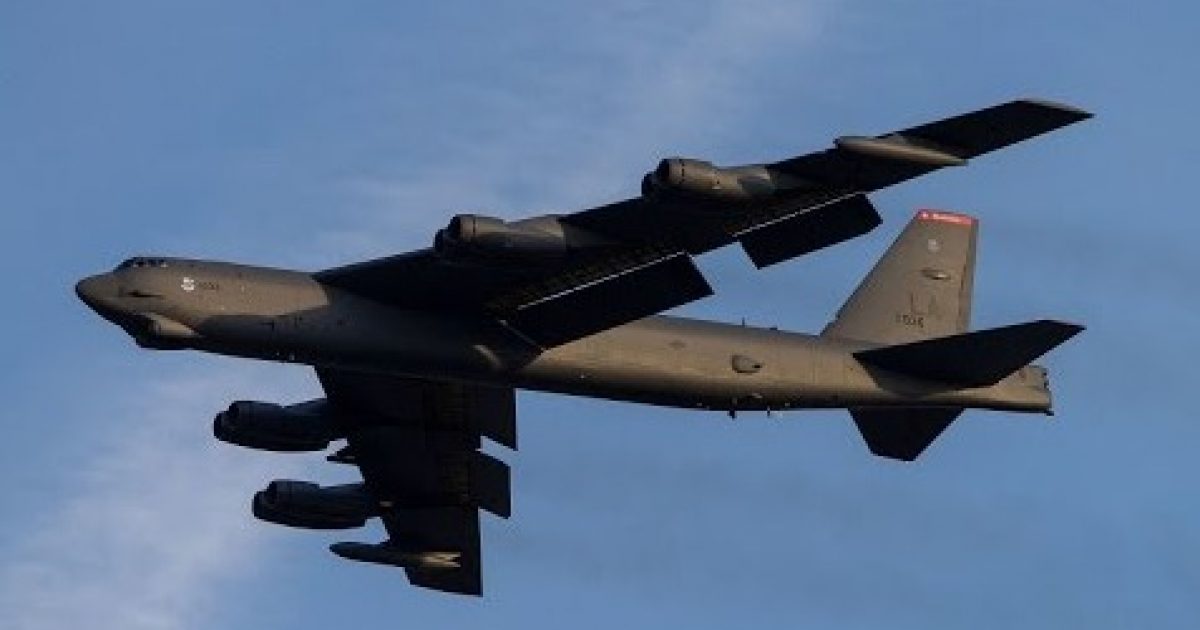 It has been a long time since B52 Bombers were on standby 24 hours a day. That order has not been given, but the Air Force is taking steps in that direction, just in case. That case could be all the saber rattling that is coming from the North Korean despot, Kim Jung Un.

It could be that the United States Air Force is looking at the world situations and think that prudent measures are called for. Remember, the Strategic Air Command kept the nuclear football in the air for decades of Cold War. They did it then and they can do it again. Can they anticipate such an order? Has someone given them a hint to be ready? What do you think?

As Written By Marcus Weisgerber for Defense One:

If the order comes, the B-52s will return to a ready-to-fly posture not seen since the Cold War.

BARKSDALE AIR FORCE BASE, La. —  The U.S. Air Force is preparing to put nuclear-armed bombers back on 24-hour ready alert, a status not seen since the Cold War ended in 1991.

That means the long-dormant concrete pads at the ends of this base’s 11,000-foot runway — dubbed the “Christmas tree” for their angular markings — could once again find several B-52s parked on them, laden with nuclear weapons and set to take off at a moment’s notice.

“This is yet one more step in ensuring that we’re prepared,” Gen. David Goldfein, Air Force chief of staff, said in an interview during his six-day tour of Barksdale and other U.S. Air Force bases that support the nuclear mission. “I look at it more as not planning for any specific event, but more for the reality of the global situation we find ourselves in and how we ensure we’re prepared going forward.”

Goldfein and other senior defense officials stressed that the alert order had not been given, but that preparations were under way in anticipation that it might come. That decision would be made by Gen. John Hyten, the commander of U.S. Strategic Command, or Gen. Lori Robinson, the head of U.S. Northern Command. STRATCOM is in charge of the military’s nuclear forces and NORTHCOM is in charge of defending North America………

EXCLUSIVE: US Preparing to Put Nuclear Bombers Back on 24-Hour Alert – Defense One