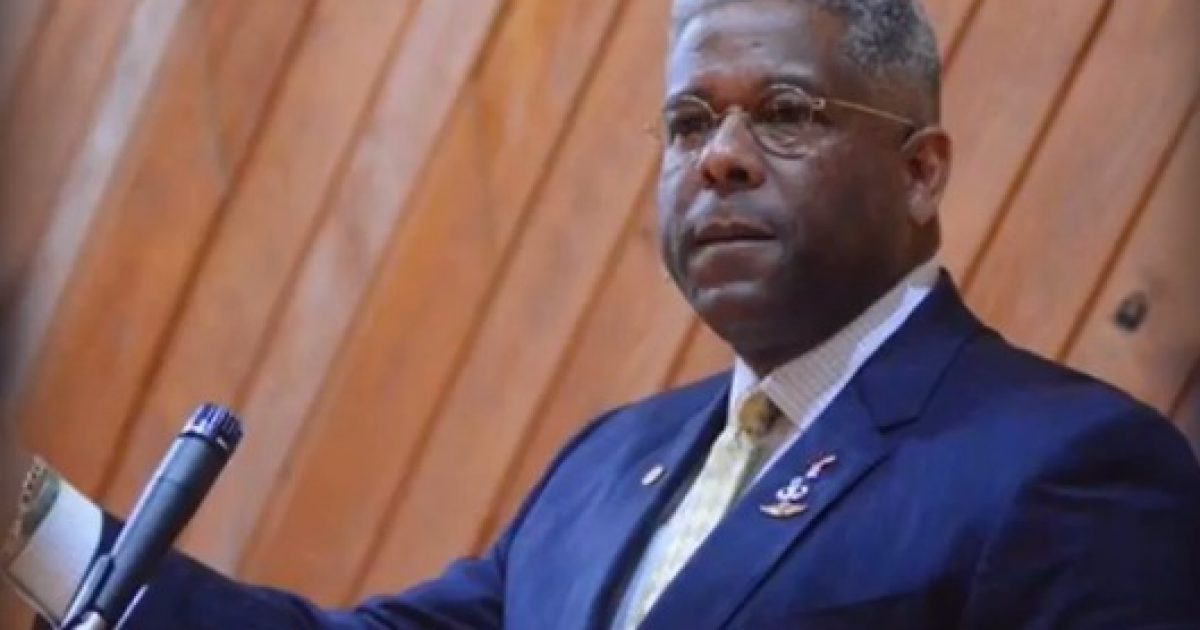 Crystal Gayle has a song, “Don’t It Make My Brown Eyes Blue,” and the Democrats now have a strategy to make it, “Don’t It Make My Red State Blue.” Their strategy is possibly one of the worse that they could come up with. It all has to do with a litmus test on abortion. That is their singular issue that they will toss into the political arena. It will trump all other issues. That is their belief as former Congressman Allen West explains here.

As you’re reading this, I’m on my way to Connecticut for the Order of St. Edmunds Medal of Honor Awards Dinner in Mystic, Connecticut. I try to get up to the Northeast every year because there are some awesome folks up there fighting for our traditional American principles and values.

I’m deeply humbled and honored to have been nominated for this distinction. Who would’ve ever thought that the kid from the inner city who attended Our Lady of Lourdes Catholic School and Marist would attain such a recognition?

I certainly wish Sister Judith could be around to see this — after all of her paddling!

This is what’s so great about our Constitutional republic, our America. We don’t care where you’re born or where you come from in this nation of opportunity. Instead, we recognize determination and hard work, and believe that equality of opportunity — not equality of outcomes — produces the true winners in life.

It’s my belief that every true American understands and embraces these ideals. We’re not a culture that likes “participation trophies,” albeit there are those who promote that entitlement mentality. And when we as a nation have a choice between our unalienable right to pursue happiness, as opposed to the institution of government trying to guarantee happiness, we make the right choice.

And this is why the progressive, socialist Left just can’t grasp what’s been happening to them in recent election cycles.

Sure, Barack Obama won a couple of races for himself —  but under his watch, the liberal, progressive Left lost some 1,042 federal and state offices. And have they learned anything? Well, based on a recent article in Cosmopolitan, my answer would be, “Nyet!”

As reported in Cosmo article entitled “How I Came Back Stronger After Losing a Major Election,” Wendy Davis writes,

“I was only introduced as someone who fought for abortion rights. Which I never wanted to shy away from — that was absolutely a very important part of who I am and what I stand for — but I didn’t ever really get beyond that with a lot of people. And my Republican opponents took advantage of that. It was not by accident; it was very strategic that they began referring to me as “Abortion Barbie.”

Now I have my own organization, Deeds Not Words, which helps women make changes in their community. And as part of that, I want to help connect women who are considering running for office with our allies like Ignite and She Should Run. We need more women in politics, and no one really knows how to be a candidate the first time, so it’s important to lend support. But that doesn’t mean I don’t want to run again myself someday. Once you’ve run for office once, you no longer suffer any romantic ideas about it. You know how hard it is. When you do run, you have to be ready to give it your all again.You have to ask yourself, “Am I there yet? Are there conditions in the electoral climate that might make things turn out differently this time?”I’m trying to figure out when I should put myself back out there, and when will the electoral climate in Texas be right for me.”

If you’ve forgotten, Wendy Davis was the Texas state senator who ran for governor of the Lone Star State in 2014. Her solo claim to fame was her abortion filibuster — based upon her stance against any restrictions on late term abortions after 20 weeks.

Let’s be honest; that’s really infanticide, or murder. But that was the rallying cry of Ms. Davis, and she was thrust into a national spotlight and made out to be the new champion of women … well, certain women, anyway; women like Cecile Richards, who agree with murdering unborn babies.

Then, of course, there were the incredible faux pas‘, such as Ms. Davis’ attacking then-Attorney General Greg Abbott for being in a wheelchair. Of course, that was just a small part of a campaign that collapsed rather publicly — and a candidate that had no message consistent with the principles and values of Texas.

However, as we shared yesterday, Cecile Richards has stated that progressives will not regain political power unless they fully embrace the heinous act of killing babies.

I find it interesting that Davis would state that there needs to be more women in politics — when what she really means is probably that there should be more progressive. socialist women.

If you listen to Democrat congressional candidate Steve Krieg of New York, it’s apparent that, in the eyes of many progressives, young conservative women need not apply for top positions. I just have to wonder what Ms. Davis feels about Mr. Krieg referring to Rep. Elise Stefanik — the youngest woman ever elected to Congress — in the denigrating manner that he does?

So does Ms. Davis truly believe that the climate in Texas will ever be right for her to return to the political scene and run for office? This is the dream of the progressive, socialist Left — to turn Texas “blue.”

If that were to happen, it’s over for the United States of America. And this isn’t a far-fetched hope when you consider what’s happening in Texas. All one has to do is look at the changing demographics in the urban centers of the Lone Star State. I mean, look at the capitol city of Texas, Austin — hardly a stronghold of constitutional conservative ideas and thought. And following the example of Austin are Dallas/Dallas County, Houston/Harris County, San Antonio/Bexar County, El Paso, and Corpus Christi — all of which are largely under Democrat control. This is the result of what I’ve often termed the “locust effect.”

Therein lies the hope of someone such as a Wendy Davis — that she can one day return to elected office in Texas once the electoral climate transforms from one that provides good governance, liberty, economic growth and individual determination to the opposite.

What Wendy Davis and her ilk dreams of is that which is California’s export, liberal progressivism. We’ve seen it overtake western states such as Arizona, Colorado, New Mexico — and now the state of Texas is in its sights.

But why the desire to spread the policies that bring about massive taxation and bankruptcy? After all, why are these businesses leaving “blue” states such as California and New York, seeking more fertile ground in which to grow?

Why do some look at economic catastrophes such as that which has befallen Connecticut, Rhode Island and Illinois and say, “Oh yeah, let’s move to …..

Here’s the Left’s strategy to take over RED states – Allen B. West – AllenBWest.com