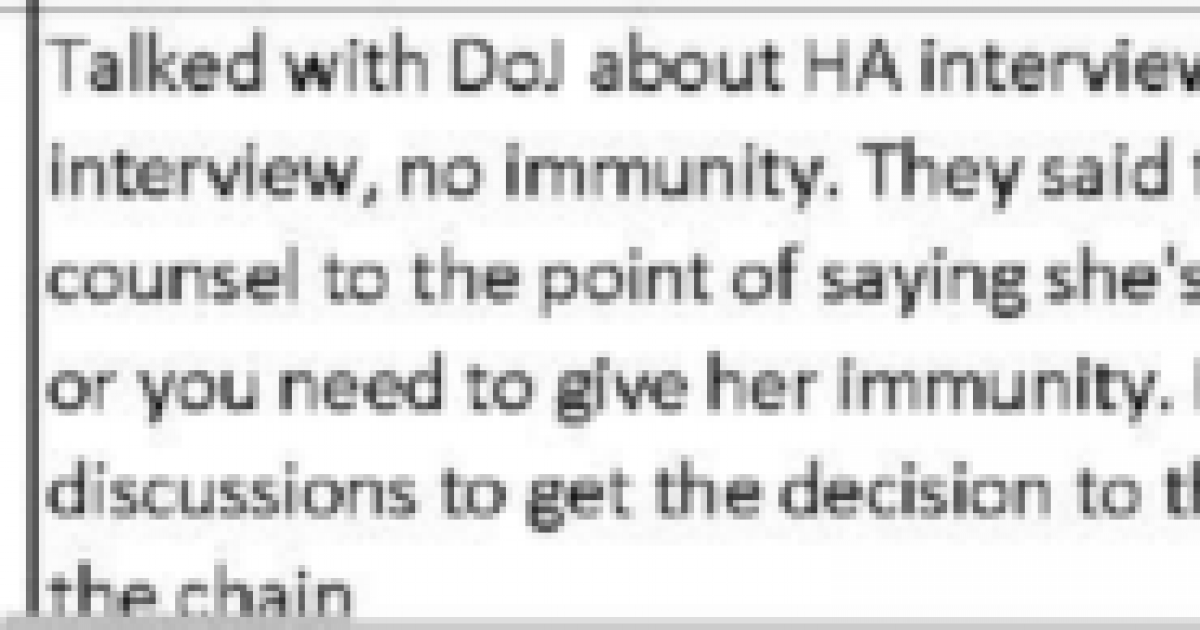 The Strzok-Page text messages seem to be like one of those Christmas gifts that just keep on giving. FBI Agent Peter Strzok and his DOJ lawyer mistress seemed oblivious to the fact that their messages would ever be read.

As you know by now, the whole world is interested in reading all of the texts, So far, the texts have given some insights into the bias against Donald Trump and the bias for Hillary Clinton. In this revealing text, we get a look at what appears to be immunity being discussed for Hillary’s number one aide, Huma Abedin.

The Senate Homeland Security and Governmental Affairs Committee released the text message along with 384 pages of additional records on Wednesday.

“Talked with DoJ about HA interview,” Strzok wrote to Page.

“Told them we had to interview, no immunity. They said they thought that would get counsel to the point of saying she’s either taking the 5th in the Gj or you need to give her immunity. I said that’s fine, please have discussions to get the decision to that point and I would run it up the chain.”

The initials “HA,” the gender reference and other text messages that Strzok sent in that time frame strongly suggest that he was referring to Abedin……