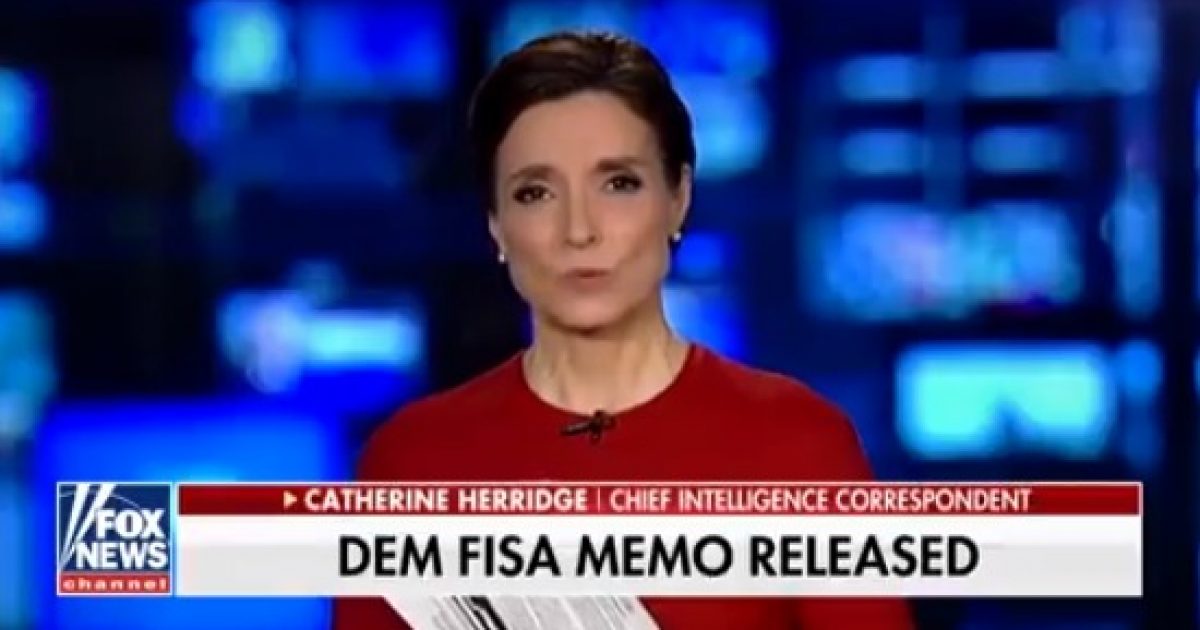 [VIDEO] The Democrats’ FISA Court rebuttal memo has been released. FOX News analyst Catherine Herridge is on the case and is in the process of reading and analyzing what Democrat Ranking Member of the House Intelligence Committee Representative Adam Schiff and his fellow Dems have come up with. Parts of the memo have, in fact, been redacted, but not as much as you would think. Catherine looked the memo over and gives you a first impression of it in the on the air appearance.