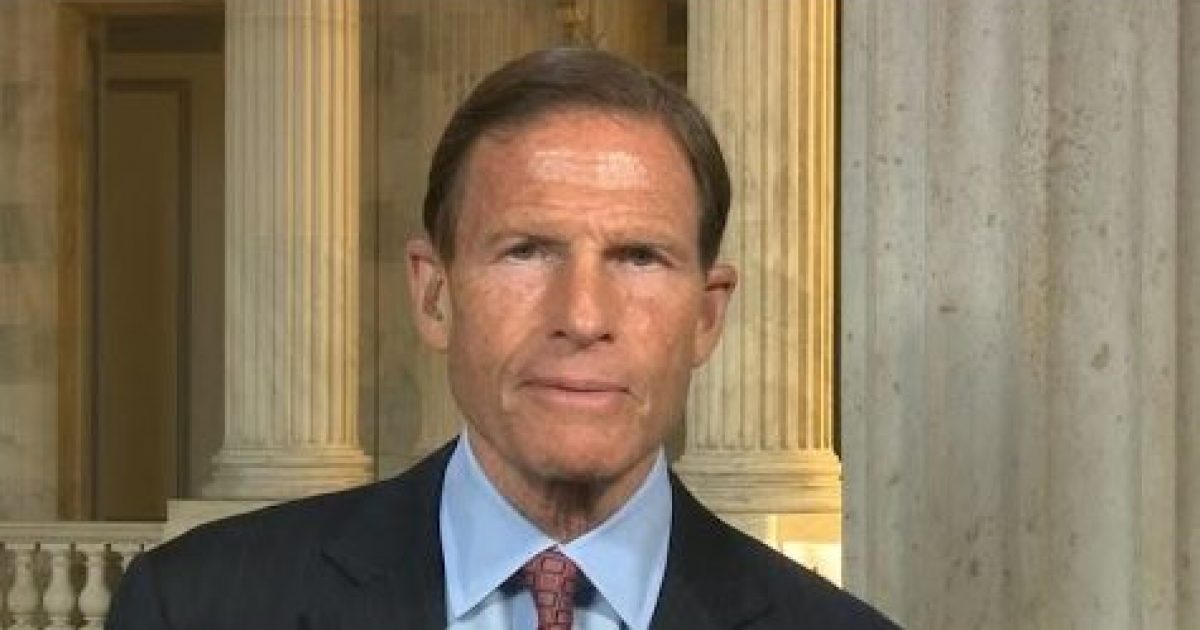 After Democratic Senator Richard Blumenthal lectured Supreme Court nominee Judge Brett Kavanaugh about truthfulness, the old charges of stolen valor in Blumenthal’s past resurfaced. The Senator has been accused of claiming to be a Vietnam veteran and hinted at heroic actions. Problem is, he was never in Vietnam. Let’s re-examine that story just one more time and look at hypocrisy on display.

As Written and Reported By Brooke Singman for Fox News:

“Falsus in uno, falsus in omnibus,” Blumenthal, D-Conn., told Kavanaugh, reciting a Latin phrase. “It means ‘False in one thing, false in everything.’”

But Blumenthal’s own difficult history with the truth is coming back to haunt him amid the Kavanaugh fight, with President Trump and Republican senators slamming him for inflating his military service during the Vietnam War.

In the 2000s, when Blumenthal served as Connecticut’s attorney general, he began to claim that he served in the Vietnam War. Blumenthal, repeatedly, has touted his experience during the war.

“When we returned [from Vietnam], we saw nothing like this,” Blumenthal reportedly said in 2003.

“We have learned something important since the days I served in Vietnam,” The New York Times quoted Blumenthal as saying in 2008.

“I served during the Vietnam era,” Blumenthal reportedly said at a Vietnam War memorial in 2008. “I remember the taunts, the insults, sometimes even the physical abuse.”

But Blumenthal didn’t serve in Vietnam. He reportedly obtained at least five military deferments between 1965 and 1970. He eventually served in the U.S. Marine Corps Reserve, but did not deploy to Vietnam.

In the wake of Blumenthal questioning Kavanaugh — who faces multiple…..