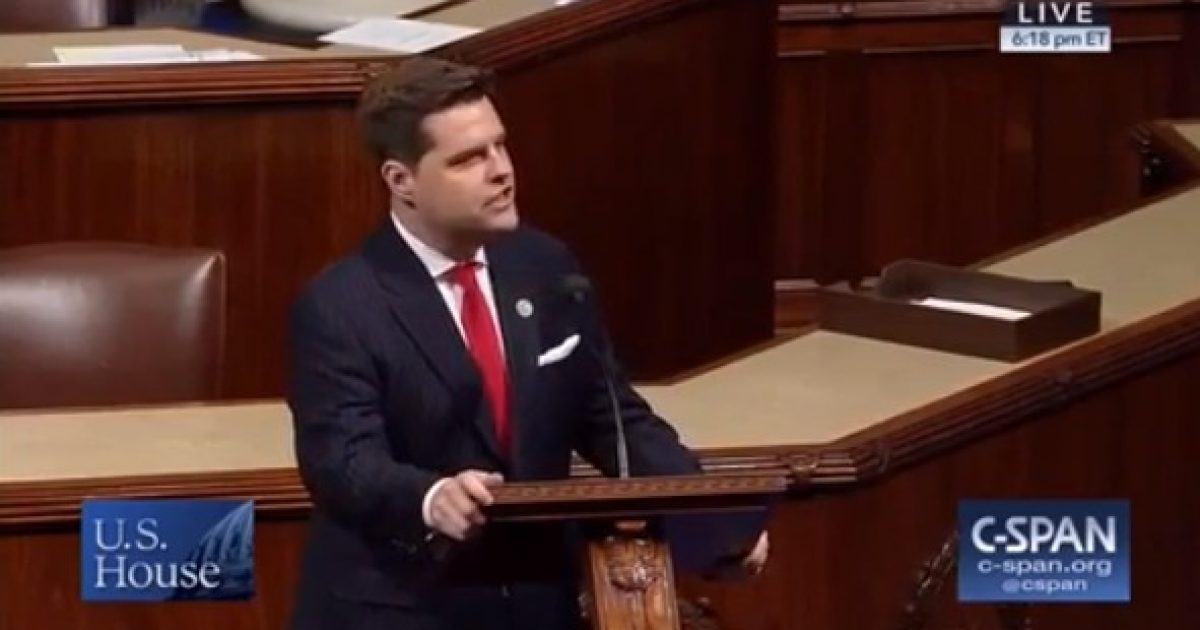 Florida Republican House Representative Matt Gaetz is talking about taking his complaints about Twitter  to the Federal Communications Commission. The social network recently changed some algorithms that seem to affect the conservative members more adversely than it does its liberal members. In this day of social networking, that puts all conservative politicians at a disadvantage. Twitter will maintain that there were some hidden factors in account behaviors that caused this “error” to occur. They also maintain that there is nothing personal or political in the search results or the performance of the Gaetz account. A 71% drop in growth begs to differ.

As Written and Reported By Peter Hasson and Joe Simonson for the Daily Caller:

Rep. Matt Gaetz is considering filing a complaint with the Federal Election Commission (FEC) over Twitter’s alleged suppression of his account, the Florida Republican told The Daily Caller News Foundation on Wednesday.

Gaetz was one of several prominent conservatives, including members of Congress and the chair of the Republican National Committee, whose accounts Twitter suppressed by making it harder to find in the site’s search function, a Vice News investigation published Wednesday found.

“Democrats are not being ‘shadow banned’ in the same way,” the report concluded, noting: “Not a single member of the 78-person Progressive Caucus faces the same situation in Twitter’s search………