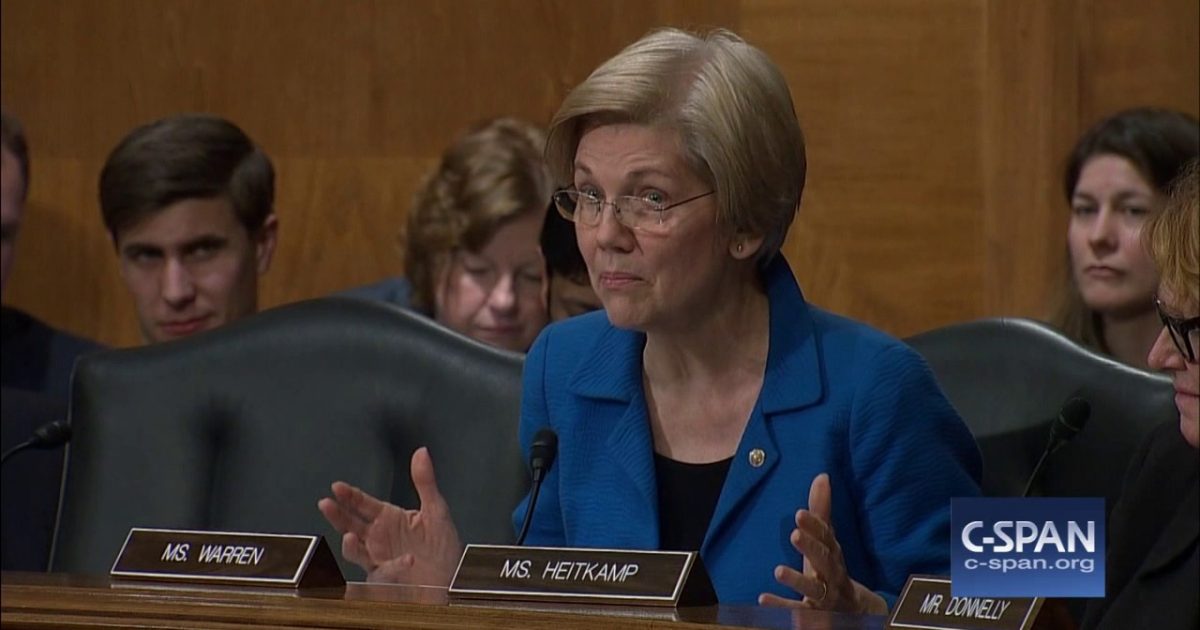 Democratic Senator Elizabeth Warren has no scruples about twisting a video to make it say something entirely different from the intention. Remember the ad that “What happens in Vegas says in Vegas”? Supreme Court nominee Judge Brett Kavanaugh made a similar joke about himself and some classmates. The Senator and her staff took this and made it look like it could have been referring to the charges made by Christine Blasey Ford. Ask yourself why do Senator Warren and others keep doing this? In this day and age with technology at its highest, these Democrats still seem to think that they will not be found out. This is shameful behavior from another Democrat Senator. Warren and Kamala Harris deserve to be ousted from the People’s House. The only problem is, her mindless minions will be fooled.

I can’t imagine any parent accepting this view. Is this really what America wants in its next Supreme Court Justice? pic.twitter.com/WhL8YeZQ78

On Tuesday, Senator Elizabeth Warren (D-MA) joined a choir of other irresponsible liberals by insinuating sinister actions by Supreme Court nominee Brett Kavanaugh during his high school years based off a 17-second long clip she posted of the judge making a commonly used joke back in 2015.

“But fortunately we had a good saying that we’ve held firm to, to this day,” says Kavanaugh in the clip, addressing the Columbia School of Law, “as the dean was reminding me before the talk, which is ‘what happens at Georgetown Prep, stays at Georgetown Prep.’ That’s been a good thing for all of us, I think.”

Captioning the video, Warren highlights the phrase, “What happens at Georgetown Prep, stays at Georgetown Prep” and writes: “I can’t imagine any parent accepting this view. Is this really what America wants in its next Supreme Court Justice?……