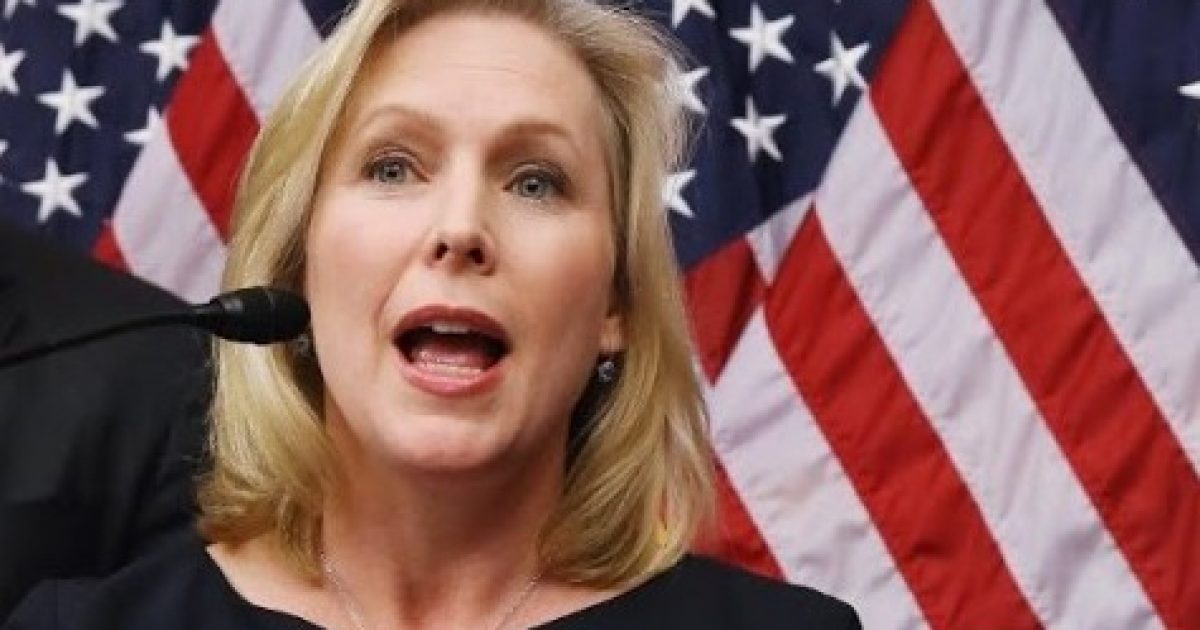 New York Democrat Senator Kirsten Gillibrand is the epitome of a career politician. In Ms. Gillibrand, the instinct for survival runs very strong. You can tell by the way that she just threw former president Bill Clinton overboard while tossing Presidential Candidate Hillary Clinton under the bus. Read here about how she answered when asked about Old Bill’s checkered sexual past.

As Written By Becket Adams for the Washington Examiner:

Sen. Kirsten Gillibrand, D-N.Y., built her political career on the backs of the Clintons.

But now that the former first family’s political fortunes have all but evaporated following the 2016 presidential election, the New York senator has jumped on a 20-years-too-late bandwagon that says it is time we get serious about Bill Clinton’s storied history of sexual misconduct.

Gillibrand was asked directly this week if Bill Clinton should’ve resigned from the White House when it was discovered he was engaged in an extramarital, extra-sleazy relationship with a 22-year-old intern named Monica Lewinsky. Remember, America’s 42nd president was 49-years-old at the time.

“Yes, I think that is the appropriate response,” the New York senator said during an interview this week for the New York Times’ podcast, “The New Washington.”

What a difference a year makes.

It was just last January that Gillibrand wrote in an essay announcing her support for the Democratic nominee for president that, “In my adult life, politically, no one has inspired me to get off the sidelines and truly make a difference more than Hillary Clinton has.” It was just last year that she wrote of her first senatorial campaign, “I was lucky enough to receive guidance and mentorship from Hillary during that run, and was truly honored that President Bill Clinton campaigned for me in my first run for Congress in …..

Sen. Gillibrand stabs her patrons in the back