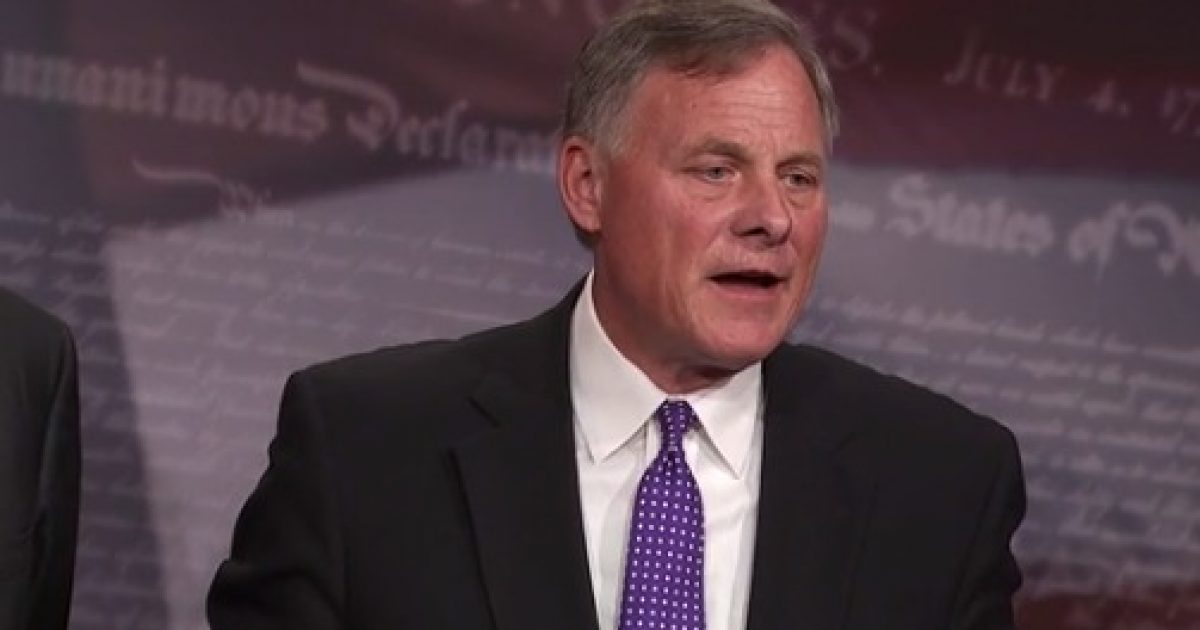 For two years the media has breathlessly invoked breaking news over Russian collusion and all the chair of the Senate  Intelligence committee can offer up is that there is ‘No Evidence’ that Donald Trump colluded with anybody about anything. Of all the hundreds of millions of dollars that have been sunk into what President Trump has aptly called a “Witch Hunt.” there is nothing to show for it. Senator Richard Burr confirmed that his committee has found nothing. Does that mean that the investigation will be coming to a close? Does this mean that someone should yank the chain on Special Counsel Robert Mueller? How much longer will this charade go on?

As Written and Reported By Staff Writer for SaraACarter.com:

Sen. Burr was speaking with Fox News when he was pressed on whether his committee has seen intelligence relating to Russian election meddling and President Trump.

“I can say as it relates to the Senate Intelligence Committee investigation that we have no hard evidence of collusion. Now, we’re not over. That leaves the opportunity that we might find something that we don’t have today,” said Burr.

“We found a lot of things we didn’t anticipate that we would find. We’ve had to chase a lot of threads that needed to be chased,” he added………