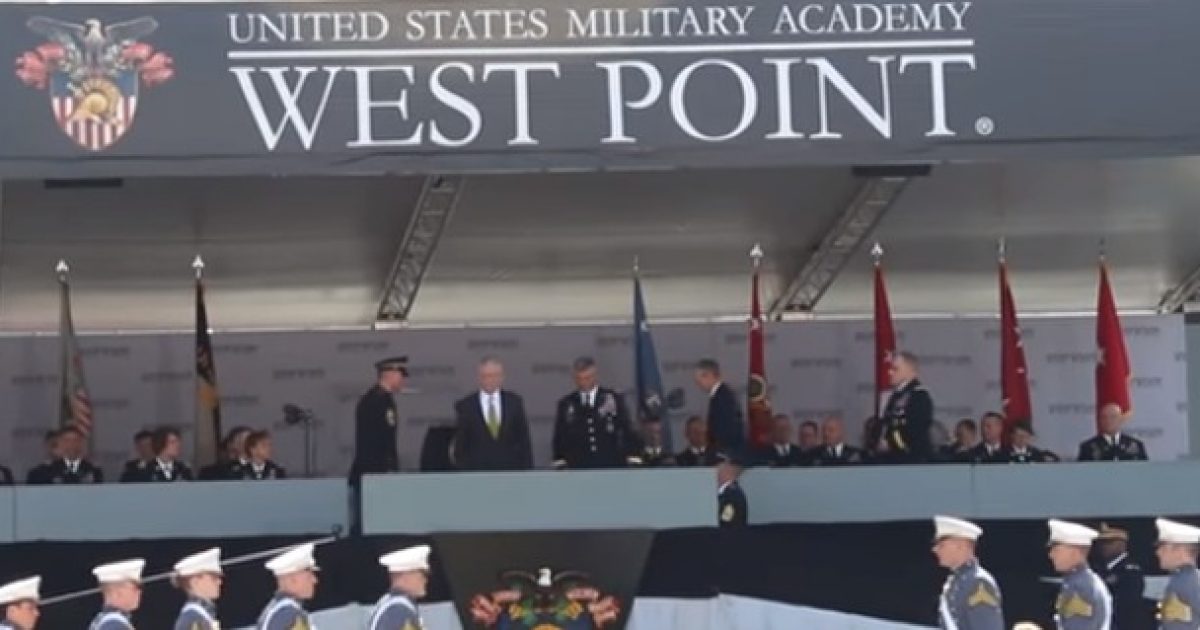 If General Douglas MacArthur were alive today, there would be hell to pay at West Point over the communist-sympathizing cadet who is now an officer in the United States Army. He would be asking, like retired  Lieutenant Colonel Robert Heffington, how Spenser Rapone, a cadet espousing radically anti-American views, was allowed to graduate.

Addressing the Cadet Corps, General MacArthur said, “Duty, Honor, Country. Those three hallowed words reverently dictate what you ought to be, what you can be, what you will be.” There is no way that Mr. Rapone can adhere to those standards based on what he is espousing: a Communist victory.

As Written By Patrick Granger for the Daily Caller:

Retired Army Lieutenant Colonel Robert Heffington issued an open letter to West Point graduates earlier this week blasting the superintendent, commandant, and dean of the military academy for contributing to a “culture of permissiveness.”

The letter was subsequently posted on the website of American Military News.

Heffington told The Daily Caller he wrote the letter to the USMA Class of 1963 when several of its graduates contacted him asking how Spenser Rapone, a cadet espousing radically anti-American views, was allowed to graduate.

Heffington’s eye-opening letter describes systemic problems at West Point that he says have led to a decline in honor, standards and meritocracy. The end result of said neglect, according to the lieutenant colonel, is a current “embrace of mediocrity.”

“Every fall, the Superintendent addresses the staff and faculty and lies,” he asserts. “He repeatedly states that ‘We are going to have winning sports teams without compromising our standards,’ and everyone in Robinson Auditorium knows he is lying because we routinely admit athletes with ACT scores in the ……