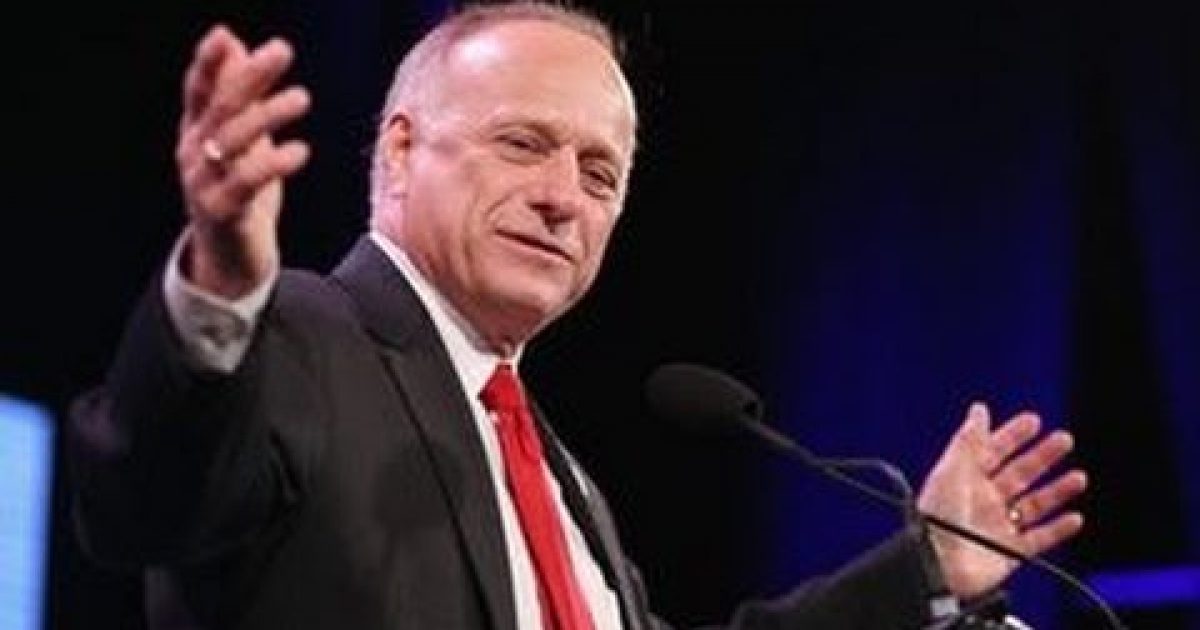 Iowa Republican Representative Steve King goes on a rant against the Democrats for the environment that they have created around illegal aliens. After the Kate Steinle case’s Not Guity verdict, Mr. King was just as aghast as most Americans. He used a term not seen before. he said that the Democrats now own the deification of criminal illegal aliens. That is a powerful statement. You can also read the names of the Democrats he names in this interview.

As Written By John Binder for Breitbart:

King spoke to Breitbart News’ Whatever It Takes radio host Curt Schilling about the outcome of the Steinle trial where seven-time felon and five-times deported illegal alien Juan Francisco Lopez-Sanchez, also known as Jose Ines Garcia Zarate — who previously admitted to shooting and killing 32-year-old Kate Steinle while she was walking on a pier with her father — was found not guilty of homicide.

Steinle was killed in the sanctuary city of San Francisco, California which gives safe haven to criminal illegal aliens.

King said of his colleagues who defend open borders:

Sitting on the Judiciary Committee and the immigration and Constitution subcommittees now for 15 years, I’ve watched them maneuver themselves and posture… Maxine Waters, Shiela Jackson Lee, Bobby Scott,  Luis Gutierrez, John Conyers, all those people I’ve sat with for 15 years and watched as they maneuver. I’ve watched them manufacture arguments about topics they knew nothing about until they settled on the position that they thought was going to suit them politically.

They have now deified criminal illegal aliens and … there’s a pejoraty against white people in America. It’s an anti-white, anti-Western civilization culture that they are ….

The New Guy In The White House Won’t Bring Any More Justice Than The Previous One
January 25th, 2021 Sons of Liberty Media

Biden’s Buttigieg Wants to Put Tax On Number Of Miles You Drive
January 25th, 2021 The Lid