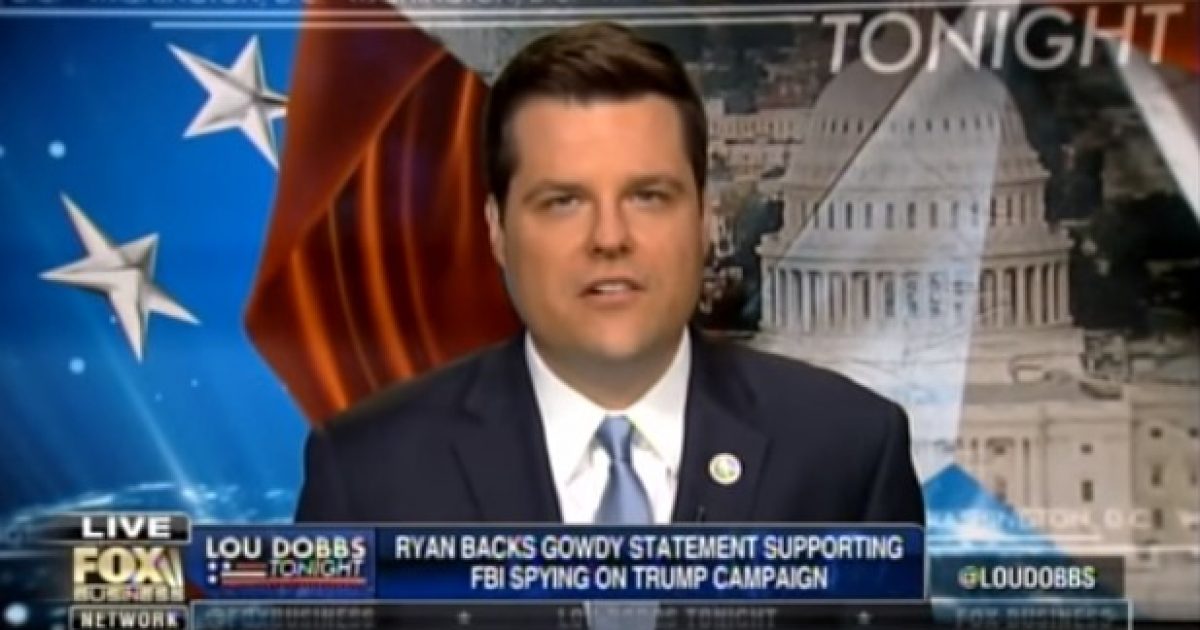 [VIDEO] Speaker Paul Ryan is not winning friends and influencing people with his apparent support of the FBI and the Department of Justice and Congressional oversight. Representative Matt Gaetz went so far as to say that Speaker Rynas leadership position could be in jeopardy if this sort of inaction continues.

#RemoveRyan– @RepMattGaetz: There is no defense for Paul Ryan siding with the Deep State over @realDonaldTrump & members of congress fighting for transparency. #MAGA #TrumpTrain#Dobbs pic.twitter.com/j0qc7Pek1Y

Rep. Matt Gaetz to Lou Dobbs: “There is no defense today for Paul Ryan siding with the FBI and Department of Justice against those of us in the Congress who are working for transparency and accountability…”

We need the Speaker to be an institutionalist of the Congress and not to be a defender of the Deep State… The silence from our very own Speaker is deafening. He needs to speak up. He needs to join us in a call for a second Special Counsel. And for goodness sakes, stop defending the FBI’s collection of intelligence on the Trump campaign when they refuse to give us the documents to show whether or not they broke the law.

As you know I run in the conservative circles of the House.  And I have never up to this point heard a single person talk removing Speaker Ryan from the speakership. Today for the first time I was hearing colleagues say, “Well if Speaker Ryan won’t stand with us in this fight over the essentials of our democracy, not weaponizing the intelligence community against a presidential campaign, do we need to look at other choices?” So I think that remains a lingering question.

OUR NAME IS CHANGING. WE WILL NO LONGER BE ALLEN WEST REPUBLIC. WE WILL BE GREAT AMERICAN REPUBLIC.