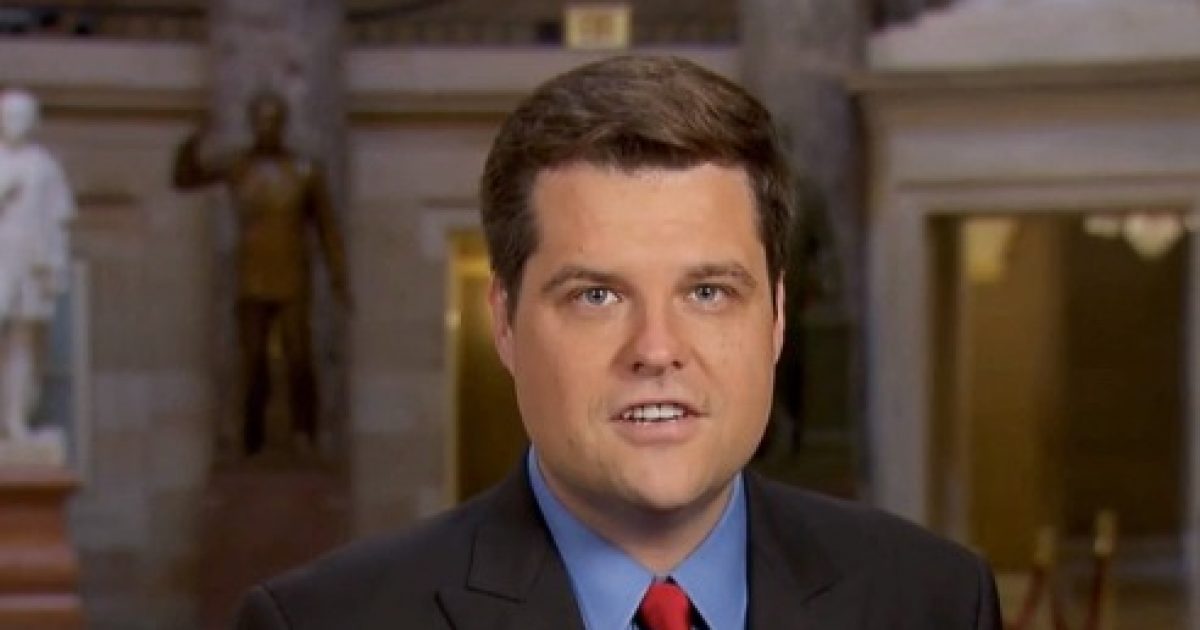 Florida Republican Congressman Matt Gaetz appeared on the FOX News channel and weighed in on the spying against the Trump campaign. The fact that the Department of Justice was paying for spies against the Trump campaign is not something that the Congressman agrees with. When you follow the money and the Steele dossier comes up, look who is paying. Not only has the Hillary campaign and the Democratic National Convention funded the Steele dossier, but Mr. Steele was also supposedly paid by the FBI. Deputy Attorney General Rid Rosenstein is stonewalling Congress and is facing impeachment charges.

As Written and Reported By Jonathan Mizrahi for CNS News:

The Department of Justice (DOJ) is hiding the fact that “money was paid to people to collect intelligence on the Trump campaign,” said House Representative Matt Gaetz (R-Fla.) on Friday.

“I believe money was paid to people to collect intelligence on the Trump campaign,” said Gaetz during an interview with host Bill Hemmer on FNC’s America’s Newsroom.

“That crosses a line in this country,” he said.  “When you’ve got folks that are collecting intelligence not as a consequence of a true investigative basis, but based on instead this dirty dossier, this DNC information, and then going and spying on a rival political campaign.”

Gaetz continued,  “I think that the records we’re asking [for] will evidence that, and I would love to be proven wrong, I would love to know that that didn’t happen in this country.  But I’ve got suspicion that it did.”

On Thursday, Representatives Jim Jordan (R-Ohio) and Mark Meadows (R-N.C.) introduced articles of impeachment against Deputy Attorney General Rod Rosenstein over the DOJ’s ongoing delays and failure to comply with……

Rep. Gaetz: ‘Money Was Paid to People to Collect Intelligence on the Trump Campaign’