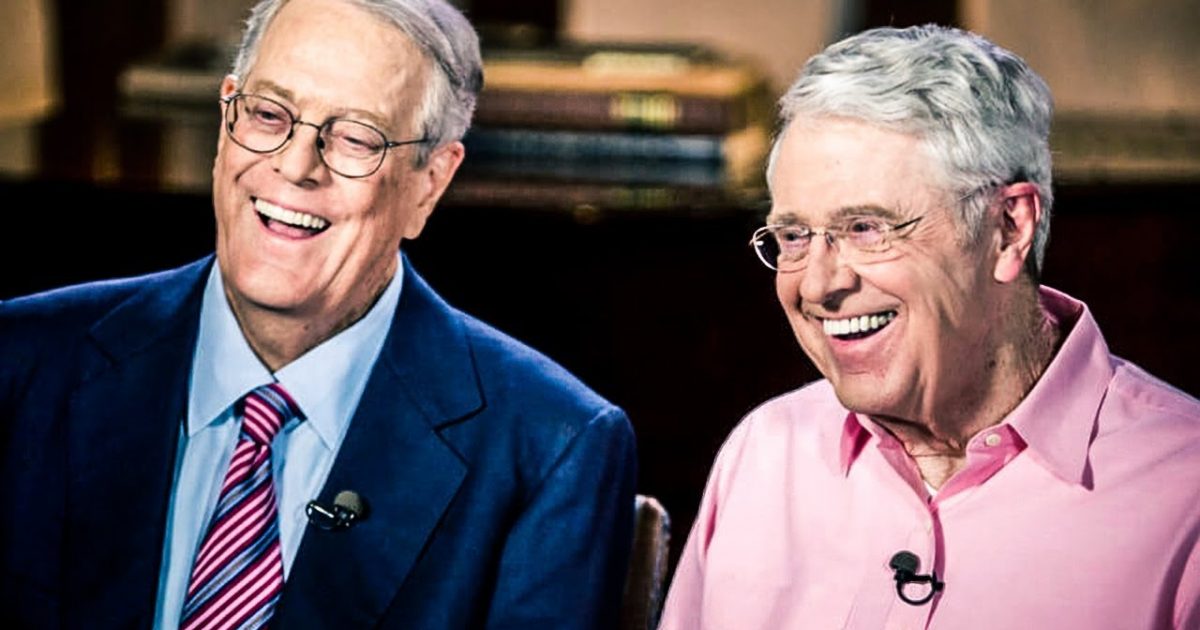 The billionaire Koch Brothers are pushing for trade deficits and a higher national debt. They are for an open border and for free trade. It is like they are hating The United States having fair and balanced trade with other nations. Their stance on open borders is a slap in the face of our middle class workforce. To make matters even worse, the Billionaire Brothers threaten to support Democrats pushing open borders, free trade, and other globalization issues. It is quite obvious that the are not pleased with the direction that President Donald Trump has taken in making America great again (MAGE). They have become critical of the republican Congress leadership as well. What brought about this turn? Is this a Follow-The-Money event?

Trending: The ‘Deep State’ Is Real

During a conference with millionaire and billionaire donors, officials with the Kochs’ network of organizations said that they would gladly put funding in the pockets of Democrats so long as they support aspects of their agenda, which include promoting mass immigration and job-killing free trade deals.

“I know this is uncomfortable,” Americans for Prosperity CEO Emily Seidel told donors, according to CNBC. “If you are a Democrat and stand up to Elizabeth Warren to corral enough votes for financial reform that breaks barriers for community banks and families, you’re darn right we will work with you.”

“If you are a Republican who sits on the committee that wrote the worst spending bill in our country’s history and you voted for it, you’re darn right we will hold you accountable,” Seidel continued…..

Economists: Biden’s America Is Already in a Recession, And It Could Be as Bad as 2008
October 21st, 2021 Flag And Cross