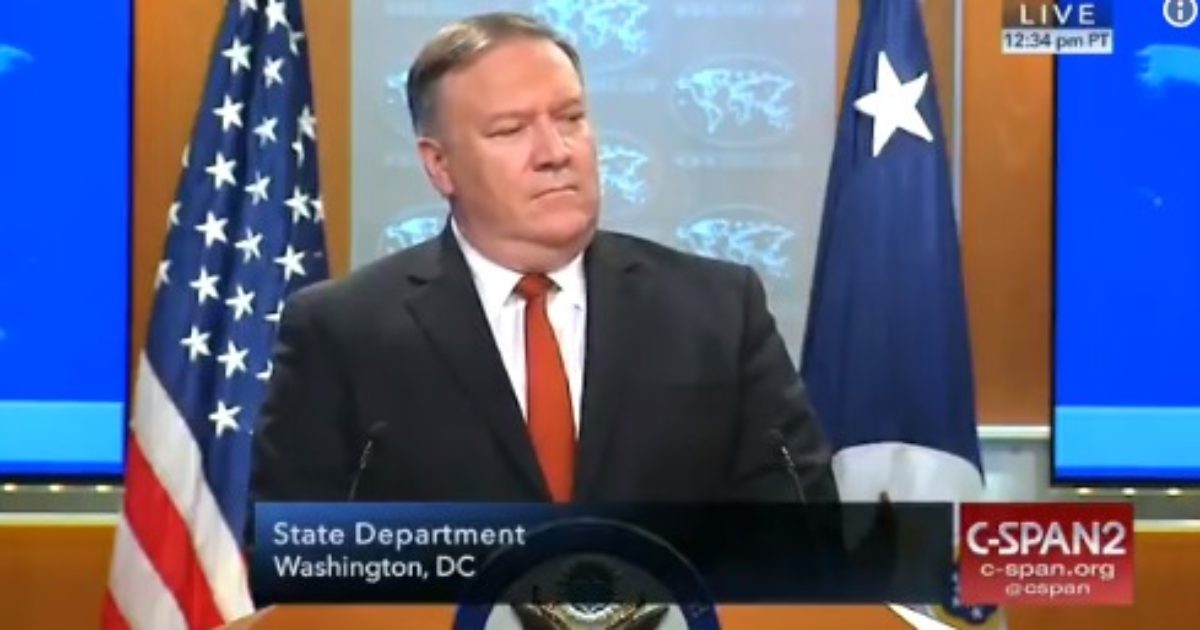 As most of you know by now, Barack Obama’s former Secretary of State John Kerry is inserting himself into international politics and is having meetings with the Iranian Prime Minister. Secretary of State Mike Pompeo is taking exception to the ‘help’ that John Kerry is delivering. Secretary said that Kerry’s actions are unheard of. Many think that this is a real violation of the Logan Act and the act should be invoked. What do you think?

“Actively undermining U.S. Policy as a former Secretary of State is literally unheard of.” – @SecPompeo on John Kerry’s reprehensible actions attempting to subvert U.S. policy toward the Iranian regime. pic.twitter.com/MvWnHmdBPA

As Written and Reported By Saagar Enjeti for the Daily Caller:

Pompeo called Kerry’s admitted meetings with Iranian officials “unseemly and unprecedented,” adding that “it is beyond inappropriate.”

The secretary of state relayed an anecdote of seeing Kerry during a visit to Europe where he took part in a meeting with Iranian officials. “Actively undermining U.S. policy as a former Secretary of State is literally unheard of.”

Kerry admitted in a recent interview on Fox News that he met with Iranian officials on two or three different occasions in a bid to save the Iranian nuclear deal. The former secretary of state defended his actions saying that since President Donald Trump had not yet withdrawn from the agreement that he was free to work to bolster it.

Trump attacked Kerry after his admission.

“John Kerry had illegal meetings with the very hostile Iranian Regime, which can only serve to undercut our great work to the detriment of the American people,” Trump tweeted. “He told them to wait out the Trump Administration! Was he registered under the Foreign Agents Registration Act? BAD!…….