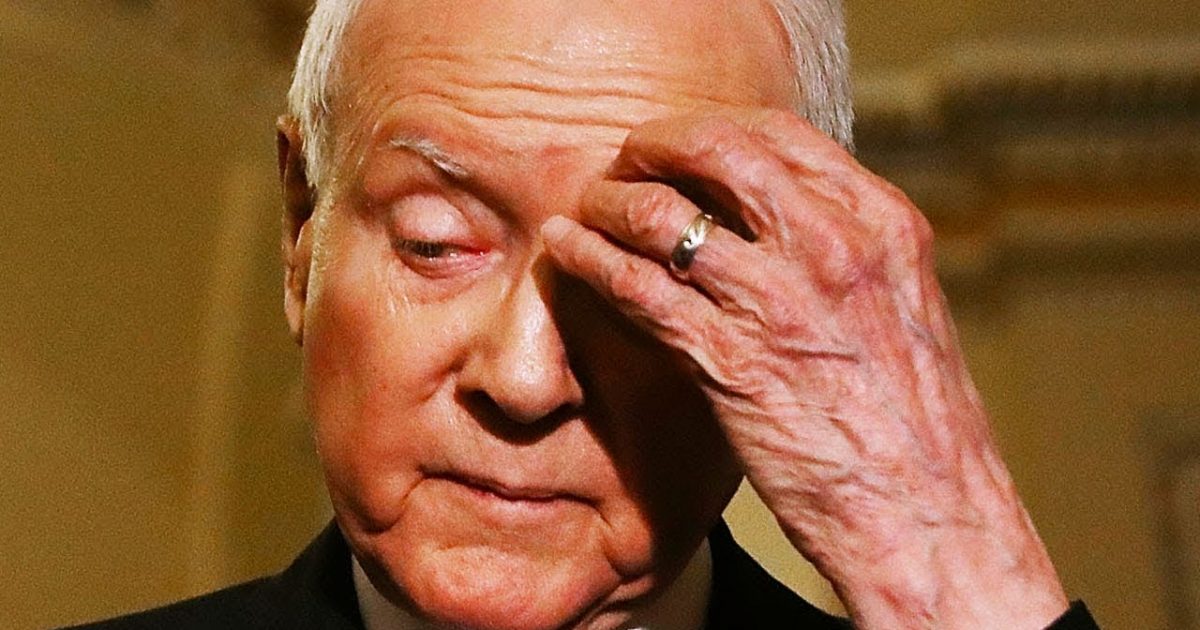 Republican Sen. Orrin Hatch seems to have a flair for words. Sometimes the truth comes out even when it is not so politically correct. Senator Hatch is on the Senate Judiciary Committee and he has seen up close and personal the partisan actions that the Democratic Party members are trying to pull off. One of their delaying tactics and demand for information on Supreme Court Nominee Brett Kavanaugh are what you would call out-of-bounds. Her is what the good Senator had to say about this latest delaying tactic by the leftist. You will enjoy his remark.

Republican Sen. Orrin Hatch of Utah criticized Democrats on Thursday over their superfluous request to gain access to and review over a million additional documents prior to the confirmation of Judge Brett Kavanaugh to the Supreme Court.

Speaking with other members of the Senate Judiciary Committee, Hatch expressed his disappointment in Kavanaugh’s confirmation process, specifically regarding the partisanship on the side of the Democrats.

“We can’t keep going down this partisan, picky, stupid dumbass road that has happened around here for so long,” Hatch said, according to a C-SPAN recording. “I am sick and tired of it to be honest with you and I’m tired of the partisanship, and frankly, we didn’t treat their candidates for these positions the way their treating ours.”

Democrats have demanded volumes of archived documents from when Kavanaugh worked as a staff secretary for former President George W. Bush, an unprecedented request for a Supreme Court nominee. While Democrats claim Republicans are trying to “hide” Kavanaugh’s past by not releasing the documents, Republicans are claiming Democrats are stonewalling the confirmation hearing……..