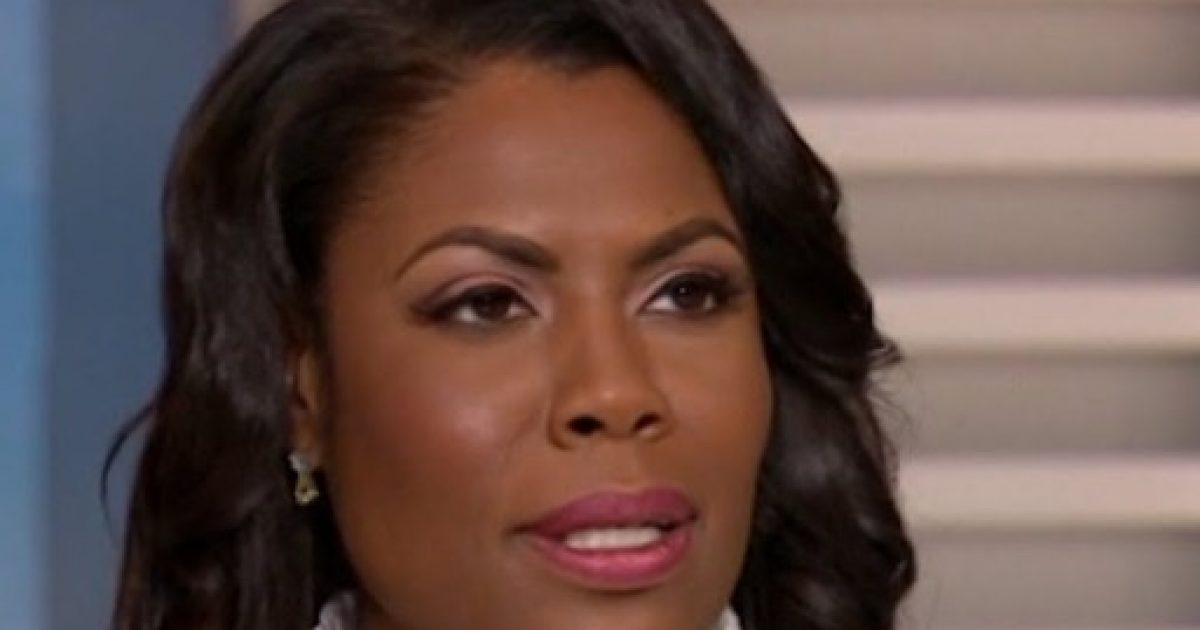 [VIDEO]  House aide Omarosa Manigault has secret recordings from the White House! WAIT! ISN’T THIS A FELONY??? The recordings were made in the Situation Room of the White House using her personal cell phone. The Situation Room is a highly classified area and this should never have been allowed to happen. It appears that Omarosa is a loose cannon and her actions now speak to some of the reasons that she was terminated from the White House. Now she has written an attack book against the President and is engaged in trying to defend her actions and reputation. This needs to be looked at with an aim to prosecute.

“The media ridiculed and mocked Omarosa for the full year she was in the White House and now she writes a book, and she’s an oracle.” pic.twitter.com/2E5yYX7TIb

As Written and Reported By Emily Zannoti for the Daily Wire:

Omarosa appeared on NBC’s “Meet the Press” to discuss allegations — made in her new tell-all book — that President Donald Trump is suffering from a debilitating mental illness and regularly uses racial slurs in conversation with White House employees.

To offer proof that she did record conversations in the White House, Omarosa played a tape of her own firing on “Meet the Press,” recorded, Omarosa claims, in a highly-classified area of the White House commonly known as a “situation room.”

She justified the action by saying that White House employees need to constantly watch their backs.

This is crazy: Omarosa secretly recorded Chief of Staff John Kelly IN THE SITUATION ROOM pic.twitter.com/08AWjEpqJb

WAIT! THERE IS MORE! KEEP READING AT THE LINK BELOW:

Were all the Founding Fathers really hypocrite white supremacists?
January 17th, 2021 The Real Side With Joe Messina