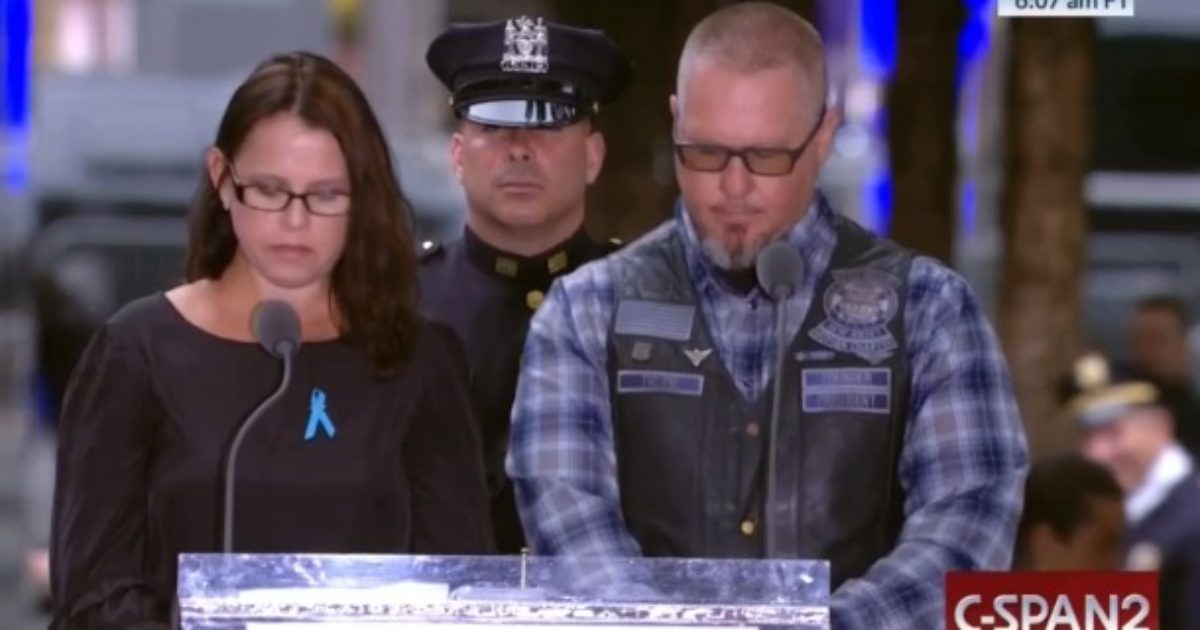 During a remembrance ceremony in New York City, a swipe was made at the now infamous Nike ad featuring Colin Kaepernick.  Port Authority Police Officer David P. LeMagne was being memorialized by his brother and his sacrifice was mentioned in such a way as to contrast to the Kaepernick ad.

You can watch the video clip here: CSPAN

David Lemagne was a caring and giving person. A trained EMT, it’s no surprise he rushed to help that day. https://t.co/V3tk36slNE #Heroes #911 pic.twitter.com/fyFCu7rsaG

A man paying tribute to a police officer who perished in the September 11 terror attacks took a veiled shot at Colin Kaepernick’s Nike campaign while speaking Tuesday at a remembrance ceremony in New York City.

“And my brother and hero, Port Authority Police Officer David P. LeMagne, who believed in something, even when it meant to sacrifice everything,” the unidentified mourner, apparently wearing a police uniform, said in reference to the controversial ad campaign.

According to the Officer Down Memorial Page, LeMagne (pictured, inset), 27, was one of 72 police officers killed while attempting to save those trapped inside World Trade Center. LeMagne had been employed by Port Authority of New York and New Jersey Police Department for just one year. He is survived by his sister and parents.

As Breitbart News extensively reported, Kaepernick is part of Nike’s 30th-anniversary campaign to mark the athletic shoe giant’s iconic “Just Do It” slogan. Kaepernick triggered a political firestorm after kneeling during the anthem in 2016 to protest racial injustice and has not played in the NFL since early…..