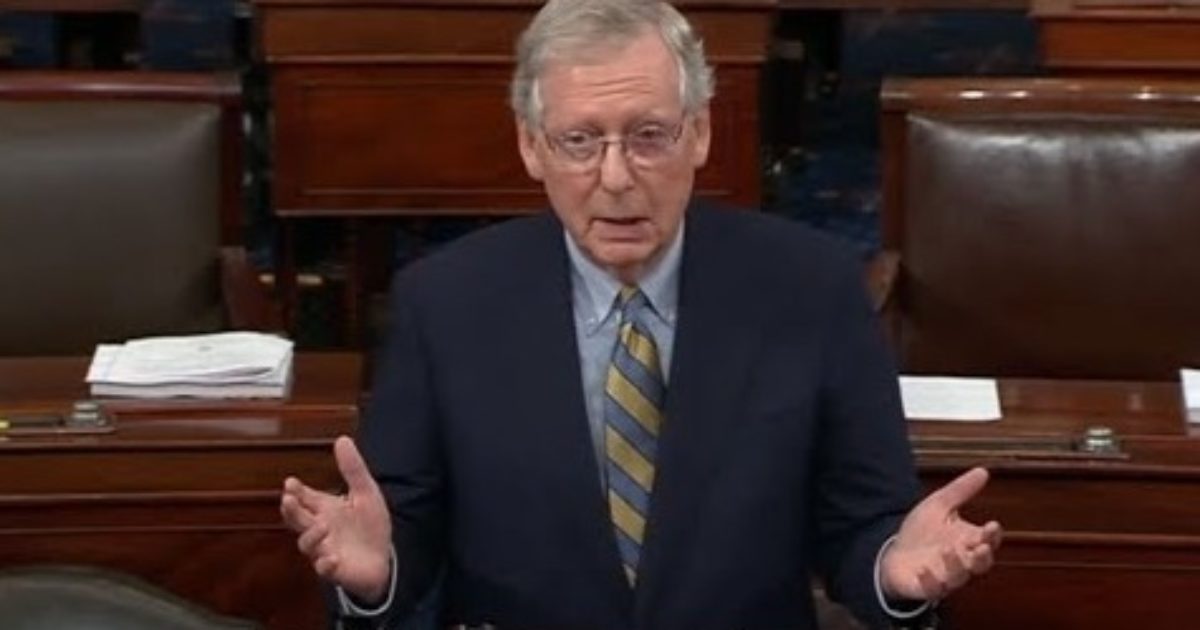 According to Senate Majority leader Mitch McConnell, Dr. Christine Blasey Ford was wrongly treated and the Senate Judiciary Committee needs to look into it. That is an oblique way of saying that they need to find out who it was on Senator Dianne Feinstein’s staff it was that leaked Dr. Ford’s letter to the media. Once that is established, then the Senate Committee can follow the bread crumbs and see what sort of collusion was involved in the attempt to destroy the reputation of Judge Brett Kavanaugh. The last-minute accusations of inappropriate sexual behavior from 35 years ago seemed suspicious to many starting at day one. Will they investigate?

Senate Majority Leader Mitch McConnell on Saturday said the Senate Judiciary Committee “ought to take a look at” how the confidential letter from Kavanaugh accuser Christine Blasey Ford to Democratic Senator Dianne Feinstein was initially leaked to the media.

“I think it clearly was, honestly, a despicable thing to do to Dr. Ford,” McConnell told Politico. “And it kind of underscored the tactics that have been used: It started in committee and then went straight out into the public.”

Republicans have accused Democrats, particularly Feinstein, of mistreating Ford by playing politics with Ford’s accusations and essentially ignoring her wishes to remain anonymous.

While Senate Judiciary Committee Chairman Chuck Grassley has asked Ford’s attorneys to release any communications they had about her allegations with Democratic Senators Feinstein and Hirono, Politico reported that he “hasn’t yet decided how much further he should pursue an inquiry into how Ford’s letter reached the public eye.

“I’ve got some people on my committee that feel strongly about following….

WAIT THERE IS STILL MORE AT THE LINK BELOW. KEEP READING: