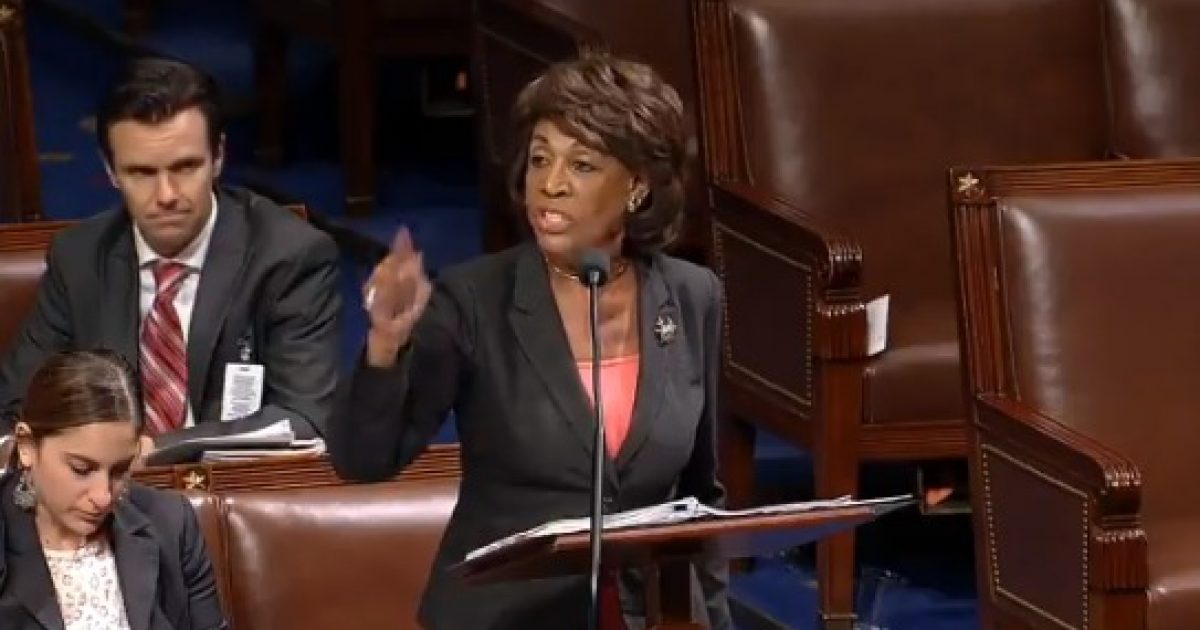 Representative Maxine Waters has advocated loud and long for those that oppose President Donald Trump to be in the face of any of his supporters. She has advocated a level of acrimony and disrespect that has not been seen on politics for a very long time. To bad for her, that has had a boomerang effect and now she is whining about the treatment that she is receiving that is the same as she wanted dealt out. Do you feel sorry for her?

Remember when Maxine Waters was saying that activists should haunt the steps of every person associated with the Trump administration and let them know they were “not welcome” in polite society? Well, the shoe is on the other foot now and the congresswoman isn’t very pleased. Oath Keepers has announced that they will be protesting Waters at her Los Angeles congressional office and she’s issuing a warning to her supporters to stay away from the dangerous “gun nuts” who will probably start a war or something. (ABC News)

Rep. Maxine Waters warned supporters on Wednesday of potential “armed protests” against her after an extremist group called for ongoing demonstrations outside her office in Los Angeles.

In a lengthy statement issued late Wednesday, Waters, D-Calif., said she’d been notified about forthcoming protests by the Oath Keepers, which she described as “an anti-government militia” that’s staged armed protests in cities across the country.

She warned her supporters against being “baited” into counter-demonstrations or confrontations with the organization, which she said has a track record of “violent and provocative behavior.”

Not so fun when you’re the one being “hounded” now, is it? But it’s also worth noting that there’s a key difference between what the Oath Keepers are planning and the liberal tactics Maxine Waters has publicly endorsed. The Oath Keepers want to protest outside of the……

KEEP READING THE REMAINDER OF THE ARTICLE AT THE LINK BELOW:

Woman who wanted Republicans hounded moans over being hounded