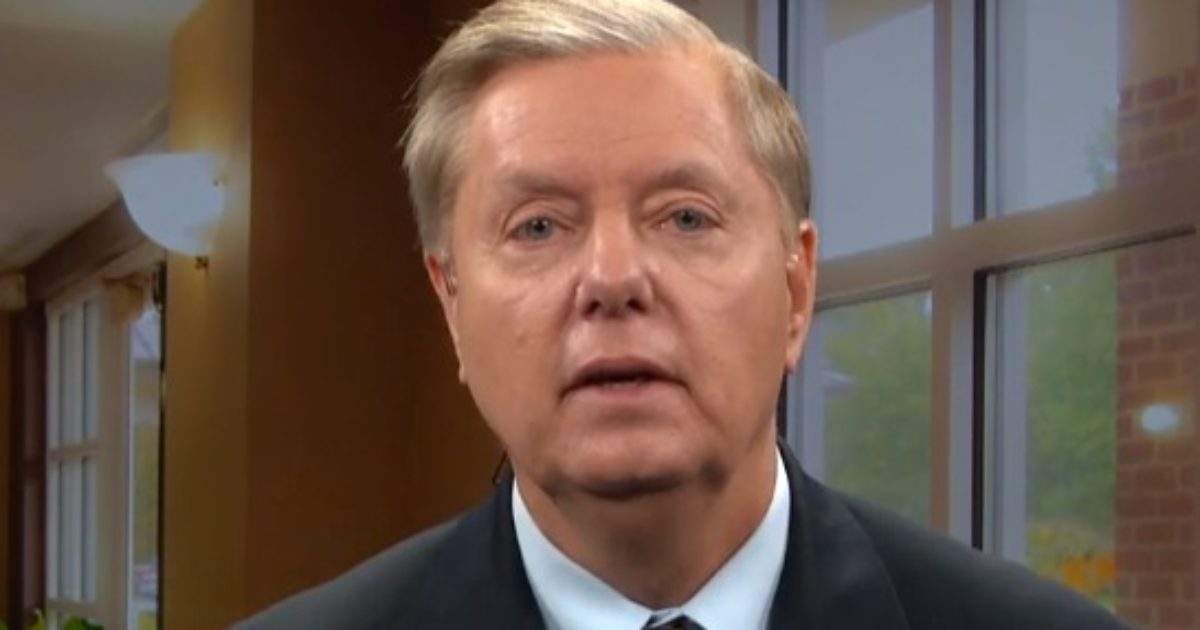 [VIDEO] Somebody made the mistake of asking South Carolina Senator Lindsey Graham about the nomination hearings for Judge Brett Cavanaugh. If you thought that he was intense when he was blasting the Democrats at the hearings, you should see the determination he has in this video. You can tell that the Senator’s sense of Fair Play has been totally violated by the political game that the Democrats are playing. You can also see that the South Carolina Senator is no fan of the politics of personal destruction. This is not going to end well for somebody. You watch. You decide.

As Written and Reported By Andrew O’Reilly for Fox News:

Sen. Lindsey Graham promised Sunday he’ll “to get to the bottom of” the FBI investigation into the sexual assault allegations leveled against Judge Brett Kavanaugh and said that his own investigation into how the Democrats have handled the Supreme Court nominee’s confirmation hearings has only just begun.

“I’m going to get to the bottom of it,” Graham, R-S.C., told Maria Bartiromo on Fox News’ “Sunday Morning Futures.”

The longtime South Carolina senator said that, among other things, he wanted to find out how the letter from Kavanaugh accuser Christine Blasey Ford was leaked to the press, who recommended that she hire her lawyer and what role the Democrats played in bringing these allegations against the judge to light.

“This was about delaying the nomination” Graham added. “This can be played out over time and destroy the ability of good people to come forward.”

Did SCOTUS make the right decision on medical mandates for large businesses?

Graham’s appearance on “Sunday Morning Futures” comes just days after he let loose on his Democratic colleagues in the Senate Judiciary Committee during Kavanaugh’s testimony…….

Graham rips Dems on Kavanaugh, says he’ll ‘get to the bottom of’ FBI probe | Fox News

MIT Doctor Prescribed Ivermectin To Treat Her Patients – She Was Stripped Of Her License & Forced To Undergo Psych Evaluation
January 21st, 2022 Sons of Liberty Media

HEY, FBI: What’s This About You Investigating Journalists For The ‘Sin’ Of Exposing Pfizer?
January 21st, 2022 Clash Daily