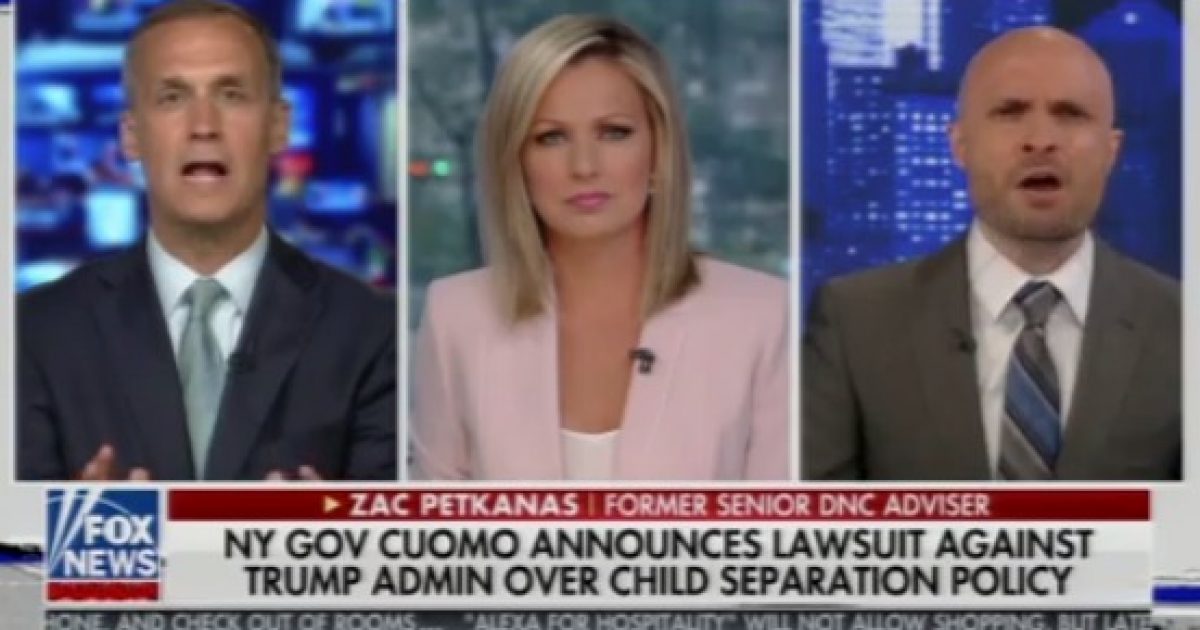 FOX News’ Corey Lewandowski was not having the children being separated from parents sob story being put forth by Clinton staffer Zac Petkanas. Petkanas was trying to take the moral high ground with his love for a poor illegal autistic child. There is no way to tell if it was an actual story or made up as so many liberal stories are. Mr. Lewandowski’s response to the story started the fight.

As Written and Reported By Virginia Kruta for the Daily Caller:

Responding to the news that New York Governor Andrew Cuomo had announced his intention to sue the Trump administration over the current “zero tolerance” illegal immigration policy, Lewandowski claimed that Cuomo was looking for an easy hook to drive his potential run for the presidency.

“As soon as you cross the border illegally, you have committed an act which is a disservice to all of the people who have stood in line and waited to get into this country legally. And this governor doesn’t understand what that means and he thinks it’s his path forward but it’s not.”

Petkanas, when asked by host Sandra Smith what he thought of Cuomo’s announcement, pivoted to an anecdote. He said, “I read about a ten-year-old girl with down syndrome who is taken from her mother and put in a cage.”