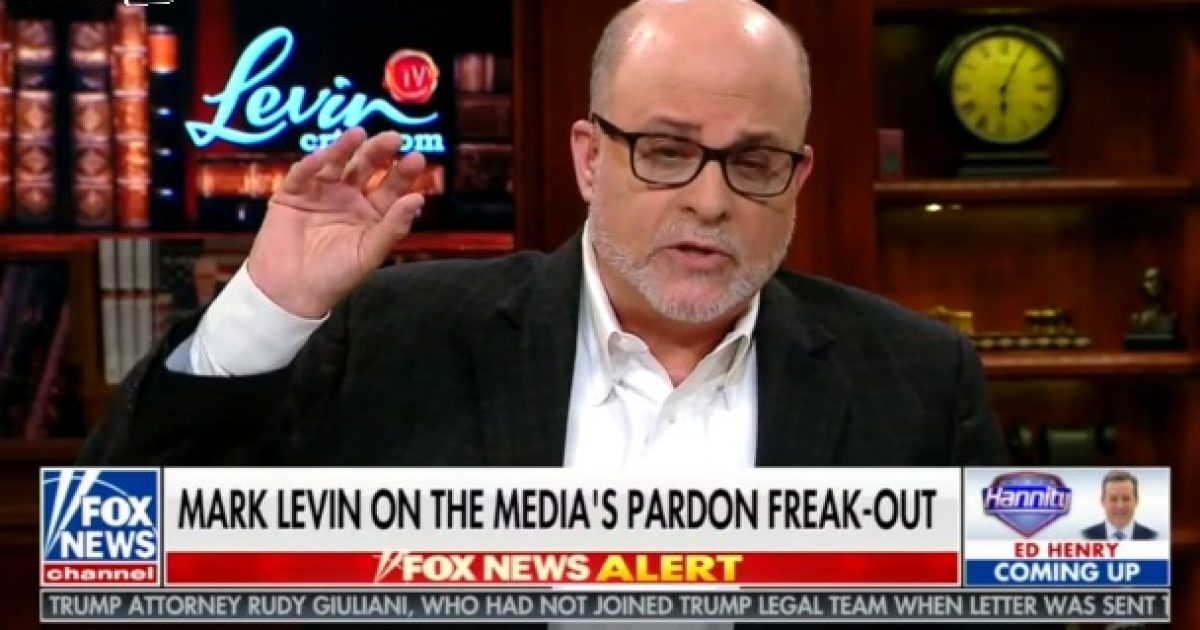 [VIDEO] Mark Levin wants to know why the Republican-led Congress is MIA. Mr. Levin is an American lawyer, author, and radio personality. and the host of the syndicated radio show The Mark Levin Show. In this interview on FOX News, he goes about busting the chops of the Republican leadership in Congress.

“I would say this, and I’ve said it before. Where the hell is the United States Congress? The Republicans control it. They need to hold hearings.”

President Donald Trump was right when he tweeted on Monday that the “appointment of the Special Counsel is totally UNCONSTITUTIONAL,” and when he tweeted a short time earlier that “I have the absolute right to PARDON myself,” conservative legal scholar and talk show host Mark Levin told Fox News’s Sean Hannity Monday night.

“I am saying whether it’s the appointments clause or the pardon power or the issue of indicting the President of United States, he is right on his tweets, and he’s making the people who are criticizing him look like fools,” Levin said:

I would say this, and I’ve said it before. Where the hell is the United States Congress? The Republicans control it. They need to hold hearings. They need to ask Mr. Rosenstein why he didn’t recuse himself since he recommended that Comey be fired.

And how is it that he hasn’t violated the appointments clause of the Constitution? Congress has a role, for crying out loud. They’re Article I, they were created first in the Constitution! They don’t have to sit back and ……

Mark Levin: ‘Where the Hell Is the United States Congress?’