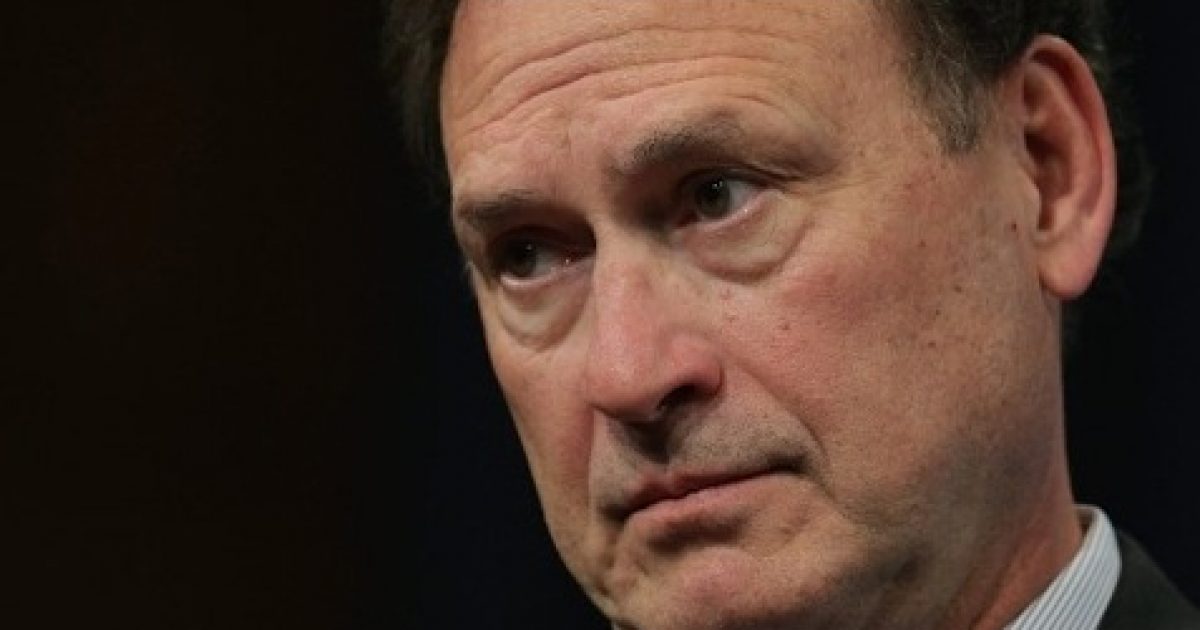 It is interactions like this that makes you realize that Supreme Court Justice Alito likes to have some fun just like the rest of us. The basic subject was what could or could not be censored in a polling place. Justice Alito begins to ask some questions and then do some what-ifs with the lawyer. This is only a transcript, but you can hear the sweat pop on the lawyer in the crosshairs. Enjoy.

Defending a state law allowing censorship based on political content before the justices of the Supreme Court is not a job I would volunteer for (even if I were qualified for it, which I am not).  So attorney Donald Rogan, representing Minnesota in the case Minnesota Voters Alliance v. Mansky, 16-1435.a, may have had a thankless task.  Nonetheless, Justice Alito had a bit of fun leading him through questioning of what kinds of political content would or would not be allowed in various hypothetical situations.

JUSTICE ALITO: The problem is that so many things have political connotations, and the connotations are in the eye of the beholder. And on Election Day, you’re going to have hundreds, maybe thousands of officials in Minnesota, and every one of them probably thinks that he or she is the reasonable observer, and they’re making a determination about whether something has political connotations. And in one of your elections, in 2016, I think, you had the President was running, members of the House were running, members of the State Legislature were running, State Judges were running. … …

Obama: My Admin Didn’t Pursue Reparations Due to the ‘Politics of White Resistance’
February 24th, 2021 Flag And Cross