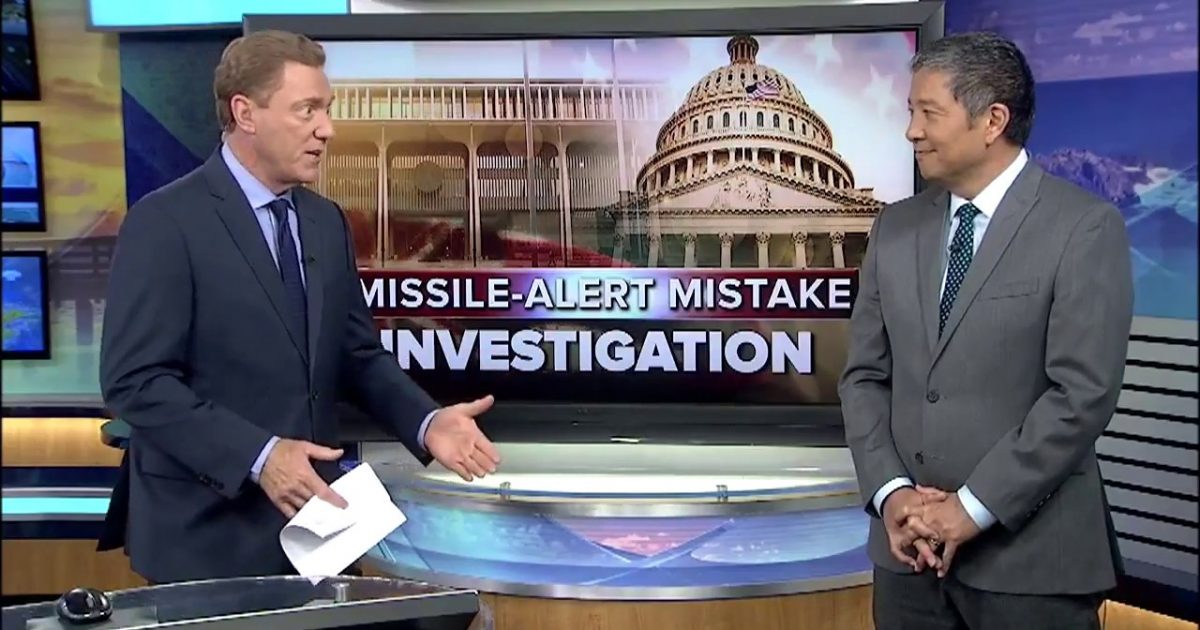 The Hawaiin missile alert that terrorized the State for 38 horrific minutes, has run up against a small roadblock. The employee who issued the false alert has no said to be refusing to cooperate with the investigation. All other State and Federal employees are doing their best to piece together the scenario. One interesting fact is that the Governor had forgotten the password to turn the alert off.

As Written and Reported by Hawaii News Now:

WASHINGTON D.C. (HawaiiNewsNow) – The state worker who inadvertently sent the false missile alert to all Hawaii phones is not cooperating with federal or state investigators, authorities said Thursday.

“We are quite pleased with the level of cooperation we have received from the leadership of the Hawaii Emergency Management Agency thus far,” Lisa Fowlkes, chief of the Public Safety and Homeland Security Bureau at the FCC, said Thursday at a Congressional hearing.

“We are disappointed, however, that one key employee — the person who transmitted the false alert — is refusing to cooperate with our investigation. We hope that person will reconsider.”

Meanwhile, a spokesman for the state Department of Defense, which oversees the Hawaii Emergency Management Agency, said the unidentified non-union employee is also not cooperating with state investigators.

“He had provided a statement immediately after the incident,” Lt. Col. Charles Anthony told Hawaii News Now. “But he has not provided any additional information since that time. Obviously, we’re encouraging everyone to cooperate with all investigations.”

Anthony also confirmed that while the worker has technically been reassigned from his previous duties, he has not reported to work at the state Emergency Operations Center at Diamond Head since Jan. 13, when the false missile alert was sent out.

The worker has been on sick leave, state Rep. Matt Lopresti confirmed.

The revelations come as state and federal authorities continue to seek to re-create the sequence of events that led up to the false missile alert, which was sent to millions of residents and visitors in Hawaii and spurred fear and panic across the state……..

Antifa Riots On Inauguration Day In Portland And Seattle
January 21st, 2021 The Lid