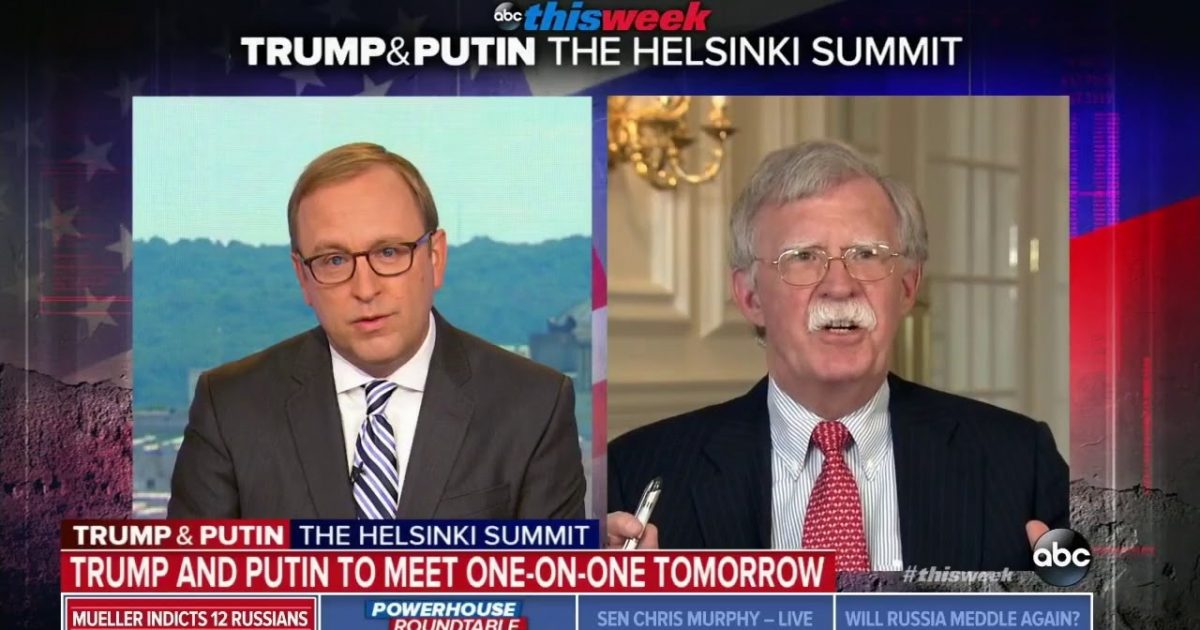 [VIDEO] National Security Adviser John Bolton appeared on ABC’s This Week and was asked to respond to a ridiculous comparison. Mr. Bolton was asked about a comparison between Donald Trump and Vladimir Putin. The questioned was prefaced with charges that Putin censored his press and even went as far as to kill some journalists.  He then had the audacity to ask if President Donald Trump’s treatment of the press was of a similar vein. Mr. Bolton was also questioned as to why the interview with CNN was cancelled after Jim Acosta’s disrespectful behavior at an interview in Britain. Watch Mr. Bolton’s responses in this video.

During an appearance on ABC’s “This Week,” John Bolton, national security adviser to President Donald Trump, rejected comparisons between Trump and Russian President Vladimir Putin and the suggestion that Trump’s attitude toward the media “contributes to the authoritarian effort to undermine the free press.”

Noting that Putin’s government jails journalists critical of the Russian state, Karl asked Bolton if Trump’s temperament toward the press is similar to Putin’s.

Bolton’s response left nothing on the table.

“Of course not. Really, honestly, Jonathan, I think the question’s silly,” he said. “And don’t say I’m attacking freedom of the press. I just characterized your question.”

Bolton was scheduled to appear on…….