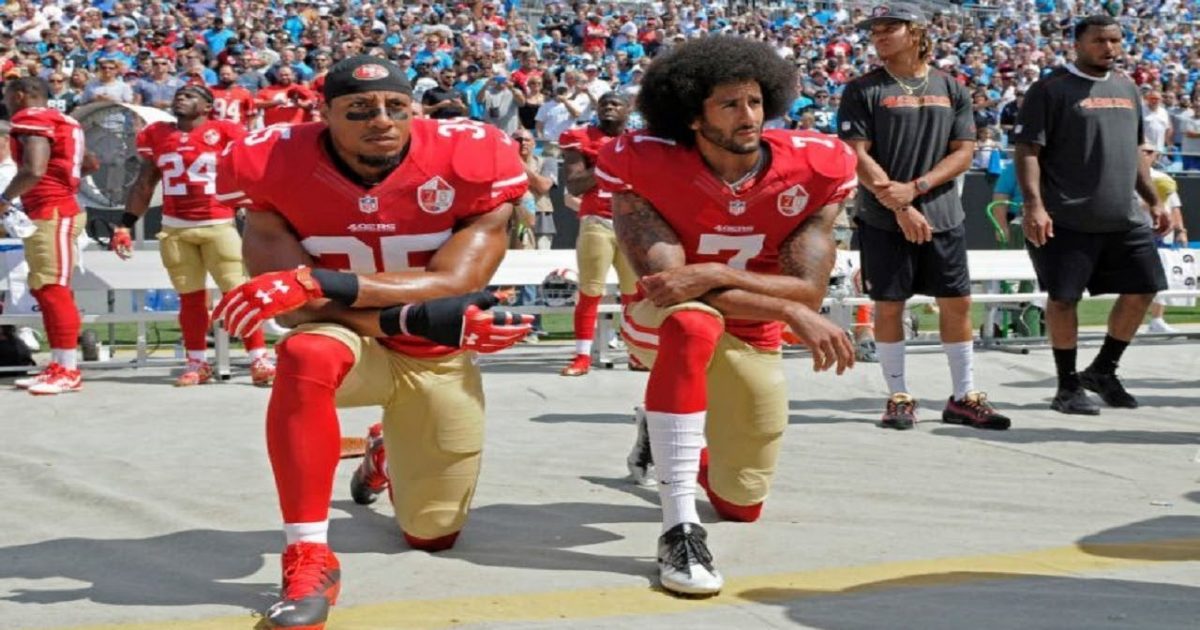 Nike’s New Campaign kick off seems to have kicked their stock shares off a cliff. The free fall penalty for using Colin Kaepernick as their new mascot has reportedly cost Nike about 4 Billion dollars. That is not something that investors are going to be happy about. What kind of tone-deaf advertising consultant or company would recommend such an undertaking? What kind of management could not see the backlash that this would generate? Is this an example of living in the liberal bubble and thinking you have all the right answers?

As Written and Reported By Paul R. LaMonica for CNN Mone1y:

Shares of Nike (NKE) fell nearly 3% in midday trading Tuesday. #NikeBoycott was a trending topic on Twitter, with some people posting photos and videos of ripped Nike socks and burned Nike sneakers.

Many people also wrote messages of support for Kaepernick, who famously took a knee during the National Anthem before NFL games in 2016. Kaepernick said it was to protest several high-profile shooting deaths of black people by police.

Kaepernick remains unsigned and hasn’t played since 2016, but he started a movement that has polarized Americans. President Donald Trump has been critical of players for the protests.

One analyst expressed concerns about Nike’s ties with Kaepernick.

“Nike’s campaign will generate both attention and discussion which is, arguably, one of its central aims,” wrote Neil Saunders, managing director of GlobalData Retail, in a report Tuesday. “However, it is also a risky strategy in that it addresses, and appears to take sides on, a highly politicized issue.”