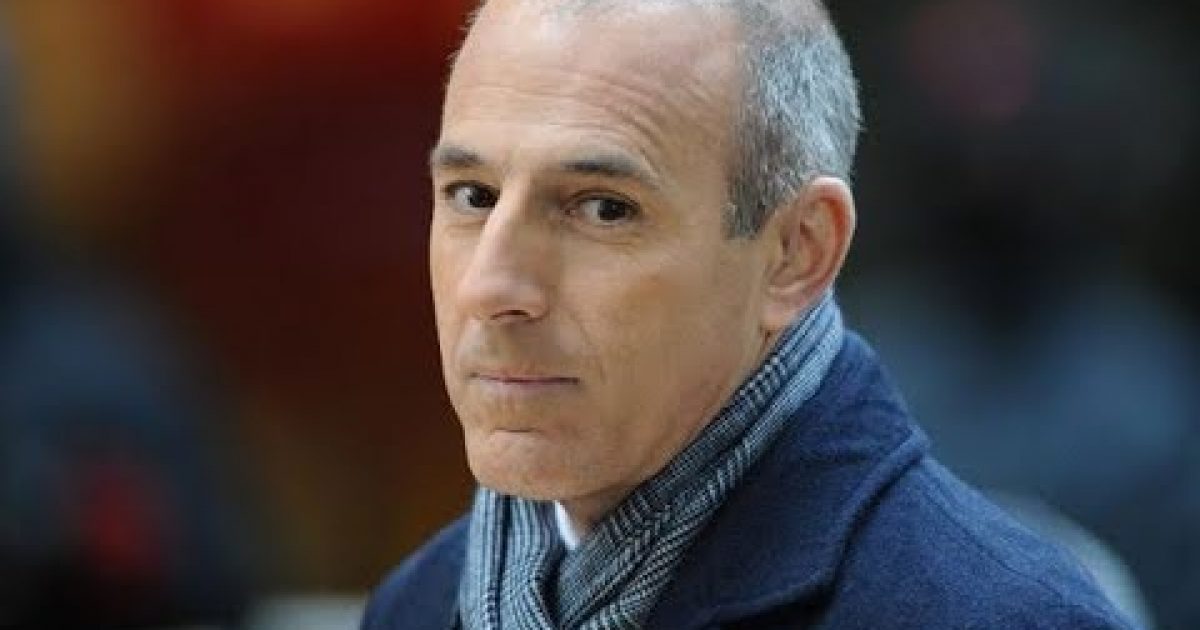 NBC News host and star Matt Lauer has disappeared from the internet. He was there yesterday but is gone today. It was probably a good move on his part as his presence there would be a lightning rod for all who went there.

Matt Lauer was fired from NBC for sexual misconduct and all the facts are not yet out there. There are now enough rumors about what went on in and around Matt’s office to feed the grist mill of sensationalism for months to come. There is also the irony of Matt’s interview with “sexual predator” Bill O’Reilly and others.

As Written By Ryan Saavedra for the Daily Wire:

Following NBC’s decision to terminate “Today” co-host Matt Lauer on Wednesday over sexual misconduct allegations, it appears that Lauer has deleted himself from the internet.

Lauer is accused of sexually assaulting an unnamed female NBC staffer in his office in 2001, The New York Times reported.

Matt Lauer’s social media accounts have been deleted. They were both up yesterday pic.twitter.com/xXtXwRCALc

In a separate report, Page Six noted reported that Lauer is accused of sexting female staffers and interns:

Matt Lauer has also been accused of sexting female staffers at NBC, allegedly sending lewd messages and revealing pictures to women including a young intern.

Sources tell Page Six that the reason he was fired so quickly by NBC News is that the messages, saved by an NBC employee whom he approached while they were in Sochi, Russia, for the 2014 Winter Olympics, “showed incontrovertible proof of inappropriate sexual behavior on his…..