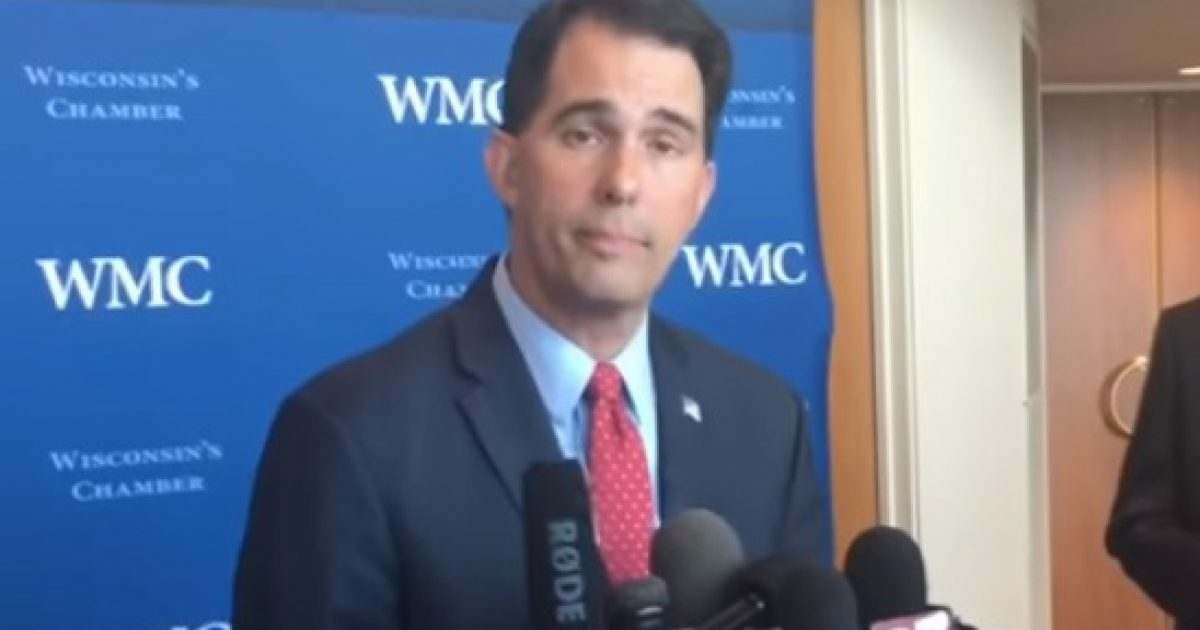 The Democrats in Wisconsin think that they smell blood in the water and that is why so many Democrats are vying to run against Scott Walker in November. There are some that think that the GOP Governor is facing a stiff battle for a third term. That may or may not be true. Here is a look at that race. You be the judge.

Some call him Wisconsin’s “Mr. Invincible.” But in what many expect to be a Democratic year at the polls, the two term Republican Governor Scott Walker, who also survived an intense recall challenge, may find his quest for a third term an uphill climb.

Donald Trump’s surprise 2016 victory in Wisconsin is a distant memory. Democrats have won several state legislative elections in the last 18 months, as well as a seat on the state’s supreme court. Now, there are no less than 8 serious Democratic contenders for the gubernatorial nomination, as unions, activists, and party officials finally believe that Walker’s time is up.

Democrats are so excited by the prospect of beating Walker that a bevy of candidates jumped into the race right away.

But none of them are stars — the Democratic bench has been so decimated in Wisconsin in recent years that the party has few standouts left who might have been able to scare away potential rivals. Those who did enter the race are little known outside their own distinct bases, and few have raised the financial resources necessary to run robust paid media campaigns.

Franklin’s latest survey tells the story of such a fractured….

KEEP READING AT THE LINK BELOW! THERE IS WAY MORE.

Will Democrats finally be able to knock off Scott Walker?