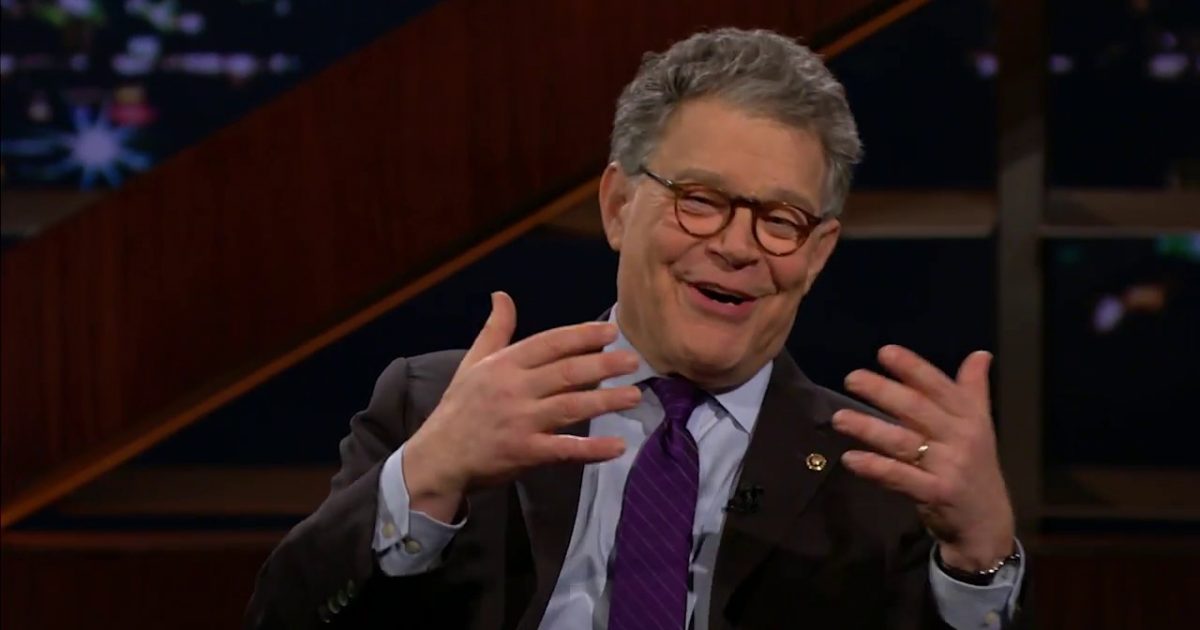 Senator Al Franken is a funny guy. That is probably what he business card used to say when he was in the entertainment business. Now, it appears that the joke may be on him. His sexual misadventures are now an embarrassment to the Democrat party in the days of ratting out sexual predators. Soe of his liberal fringe friends want him gone. Will he do the “right thing?”

As Written By Joseph Weber for Fox News:

Influential liberal groups are calling for Sen. Al Franken to resign amid mounting claims of inappropriate sexual behavior which have stalled the Minnesota Democrat’s rise in progressive circles along with any talk of a potential 2020 White House bid.

“We believe Lindsay Menz. We believe Leeann Tweeden. Senator @alfranken should be held accountable and he should resign,” the progressive group Indivisible tweeted Monday, after a second Franken groping allegation surfaced.

We believe Lindsay Menz. We believe Leeann Tweeden. Senator @alfranken should be held accountable and he should resign.

The first claim against Franken emerged last week, when Tweeden, a Los Angeles radio host, said the senator forcibly kissed and groped her during a 2006 USO tour, before he was elected to the Senate.

She said Franken kissed her while rehearsing a sketch. And later on the tour, Franken was photographed with his hands over Tweeden’s breasts, grinning at the camera, as she slept.

The second allegation was reported Monday. Menz told CNN that Franken grabbed her buttocks in 2010 when they posed together for a picture at a Minnesota state fair — while Franken was a senator.

Franken’s office reportedly said this past weekend that the two-term senator will not resign, as calls for him to step down first began to emerge…….