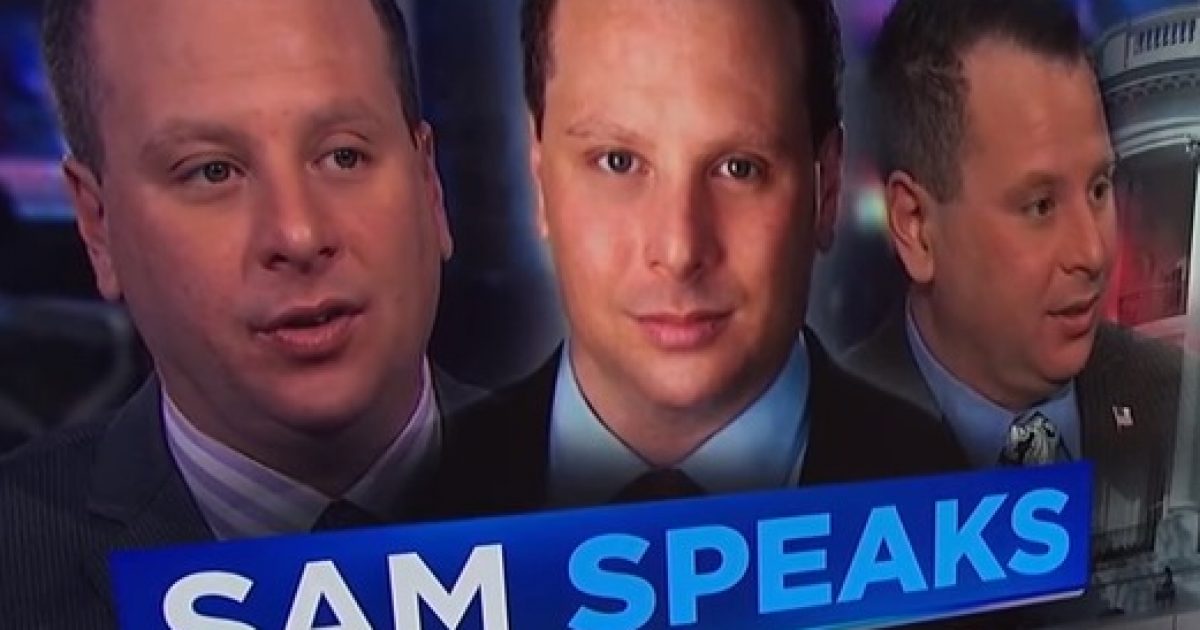 Former aide and campaign advisor to candidate Donald Trump, Sam Nunberg, became notorious this week when he virtually dared for Special Counsel Robert Mueller to come get him. Perhaps Mr. Mueller called Mr. Nunberg and offered to take him up on the dare that was given. whatever the reason, Mr. Nunberg is no longer going from TCV interview to TV interview beating his chest like the King of the Jungle. It seems that old Sam must have had a sobering moment before he rushed to judgment.

Or perhaps more accurately, Sam Nunberg to Robert Mueller: Never mind. During a bizarre series of media appearances and rambling declarations of defiance and accusations yesterday, the former adviser to Donald Trump had one consistent message — that he would refuse to cooperate with a subpoena issued by the grand jury for documents required by the special counsel. “Screw that,” Nunberg told CNN’s Gloria Borger.

Consider that unscrewed, at least for the moment. Nunberg capped off his wild ride by telling the Associated Press that he’d end up cooperating with the subpoena. Probably.

A former Trump campaign aide spent much of Monday promising to defy a subpoena from special counsel Robert Mueller, even throwing down the challenge to “arrest me,” then backed off his defiance by saying he would probably cooperate in the end.

In an interview with The Associated Press, Sam Nunberg said he was angry over Mueller’s request to have him appear in front of a grand jury and turn over thousands of emails and other communications with other ex-officials, among them his mentor Roger Stone. But he predicted that, in the end, he’d find a way to comply.

“I’m going to end up cooperating with them,” he said….