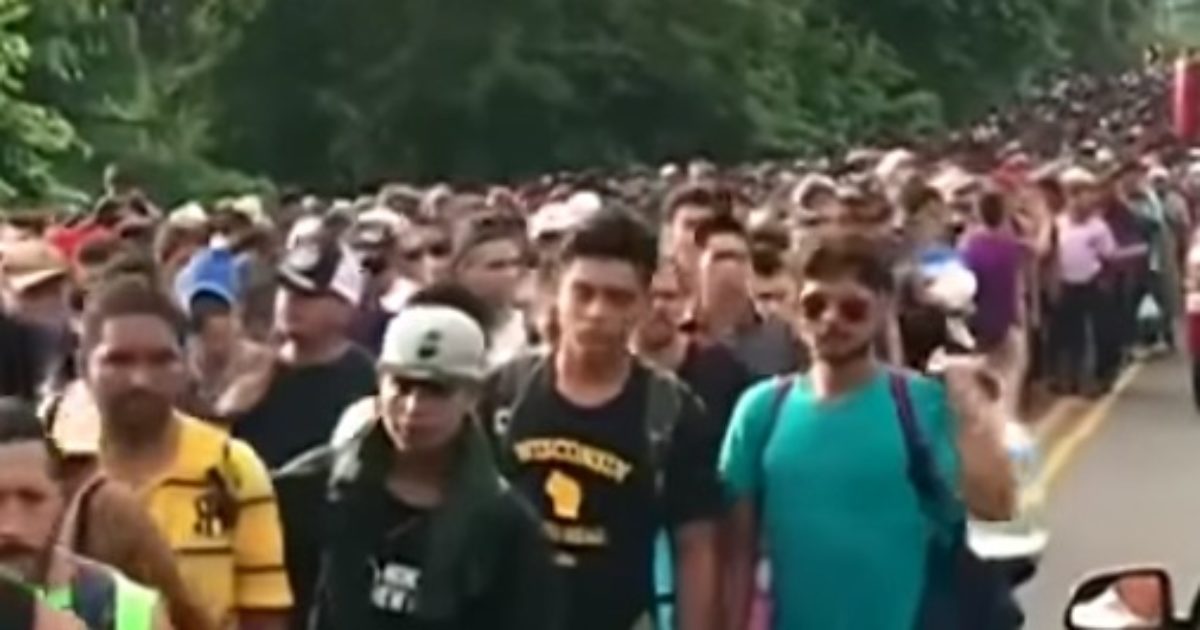 There is a group of people within the immigration caravans that are approaching our borders that have files a Class Action Lawsuit against president Donald Trump and others. They are claiming, even before they attempt to illegally cross our borders, that they have certain constitutional rights. You will be interested to see what their legal claims are and the actual number in the class action.

As Written and Reported By Beth Baumann for Townhall:

Illegal aliens traveling on the caravan from Central America on Thursday filed a lawsuit against President Donald Trump, Department of Homeland Security and Department of Justice for what they say is a violation of their constitutional rights. The lawsuit was filed in Washington, D.C. on behalf of six illegal aliens and their children, bringing the total number of plaintiffs to 12, Fox News reported.

According to the caravan riders, the Trump administration violated their Fifth Amendment, which says “no person… shall be compelled in any criminal case to be a witness against himself, nor be deprived of life, liberty, or property, without due process of law.”

According to the lawsuit, Trump is violating federal law by preventing asylum seekers from entering the United States.

“The legal problem with Trump’s plan to stop caravan persons from entering this country is that Plaintiffs are seeking asylum, and Trump simply cannot stop them from legally doing so by using military, or anyone,” the suit says, NBC News reported.

The lawsuit also brings to issue President Trump’s plan to hold caravan riders in tents, similar to what Sheriff Joe Arpaio of Arizona did in Phoenix, which he detailed during an interview with Fox News’ Laura Ingraham. The plaintiffs allege that Trump violated the Flores Agreement, which dictates how federal authorities can and cannot house children and the length of their detention. Under the Flores Agreement holding …..