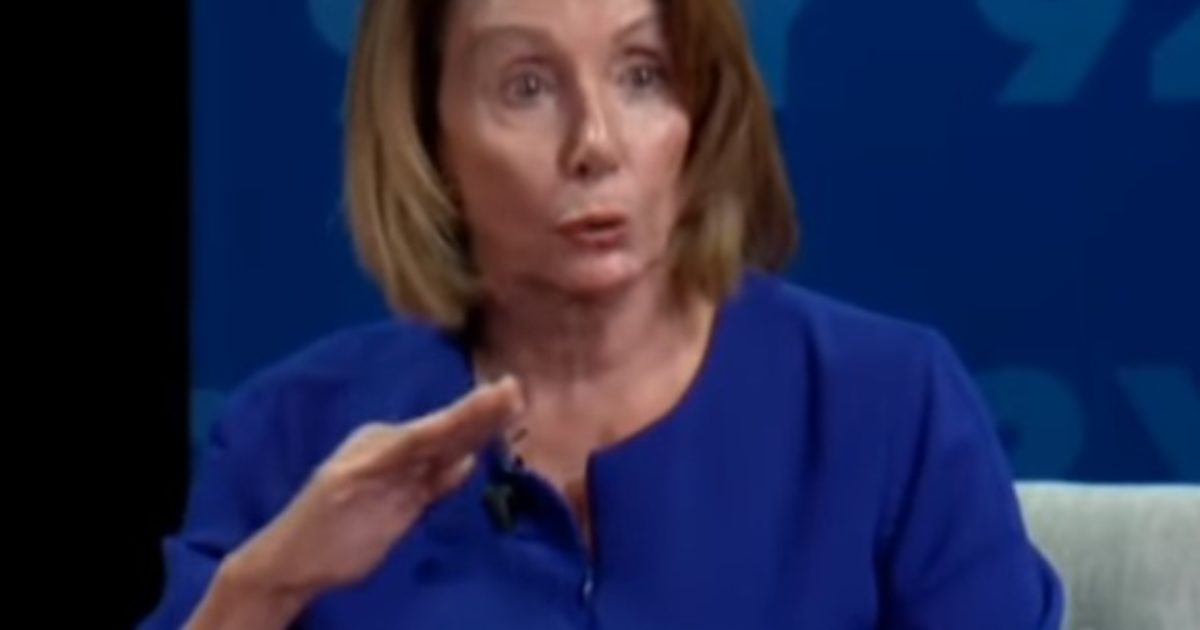 House Minority Leader Nancy Pelosi hints at a mob mentality if the House Democrats don’t prevail in the 2018 midterm elections. It is like she just told House Speaker Paul Ryan to step away from the gavel so no one gets hurt. This is the borderline violent talk that is more and more prevalent from the Democrats and their leftist supporters. At some point, the bill is going to come due for all this rough talk. Here is what the wannabe Speaker just said.

You guys, it’s not a mob! But… it might be if Democrats don’t take back the House on Tuesday. That appears to be the message that Nancy Pelosi was sending when she showed up on Stephen Colbert’s show. When discussing the Democrats’ chances for retaking the House majority (and possibly even the Senate), Colbert asked the former Speaker if there was any sign that the “political temperature” in the country might be lowering. Her response didn’t require much imagination to interpret. Sure, we can lower the temperature. But only if we get what we want. (Washington Examiner)

The California congresswoman made her pitch this week during an interview with CBS’ Stephen Colbert, who pointed to recent discussions about “lowering the temperature of political discourse.” He asked whether she had seen “evidence of that.”

“Well, I think when we win, you will see evidence of that,” Pelosi responded. “Because when we do win, we will have, as we open the new Congress, we will honor the vows of our founders, E pluribus unum, from many one. It’s OK to disagree in the marketplace of ideas, that’s exciting, but it is also important to find solutions that unify and not ……

KEEP READING!! THERE IS EVEN MORE AT THE LINK BELOW:

Pelosi suggests Democrats should win the House so nobody gets hurt