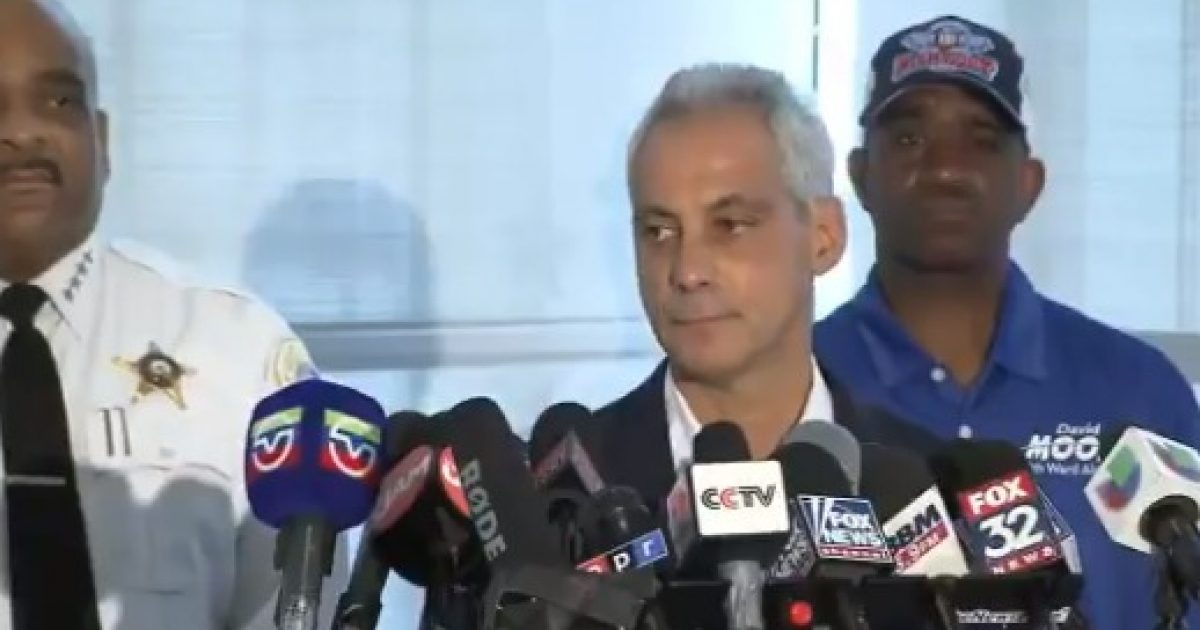 In his press conference regarding the shooting rampage in Chicago, you could see how Mayor Rahm rambles when trying to find the blame for the shootings. This response missed the mark totally. It is disassociated with reality. In a line as good as Obama’s “You didn’t build that,” the mayor of Chicago, Rahm Emanuel says that a human did not pull the trigger in all those shootings. What? How’s that work?

Chicago has been drowning in its own blood for years. The homicide rates are through the roof; the number of shootings is astounding. The frequency has earned it an unwanted nickname: “Chiraq.” The past two consecutive years the city has seen 600+ murders and 3,000+ shootings. This past weekend was no different, 65+ people were shot, and at least 12 people were killed. In light of the recent carnage, Mayor Rahm Emanuel held a presser, which didn’t make all that much sense. Our friends at Twitchy noted the reaction, especially the line “people did not pull the trigger.”

NARRATOR: Actually, people did, in fact, pull the trigger(s) or the gun(s) wouldn’t have shot the bullets that killed all those other people. https://t.co/wAOdUNP1fm

It must be the guns that pulled the trigger. https://t.co/7NArxCfrRT

It takes us back to commentaries about how gun control doesn’t work and how Democratic-run cities are a mess. They’re such a mess that Mr. Emanuel could clinch…….

What The Hell Are You Saying, Man: Chicago Mayor’s Rambling Mess Of A Presser On Recent Shootings