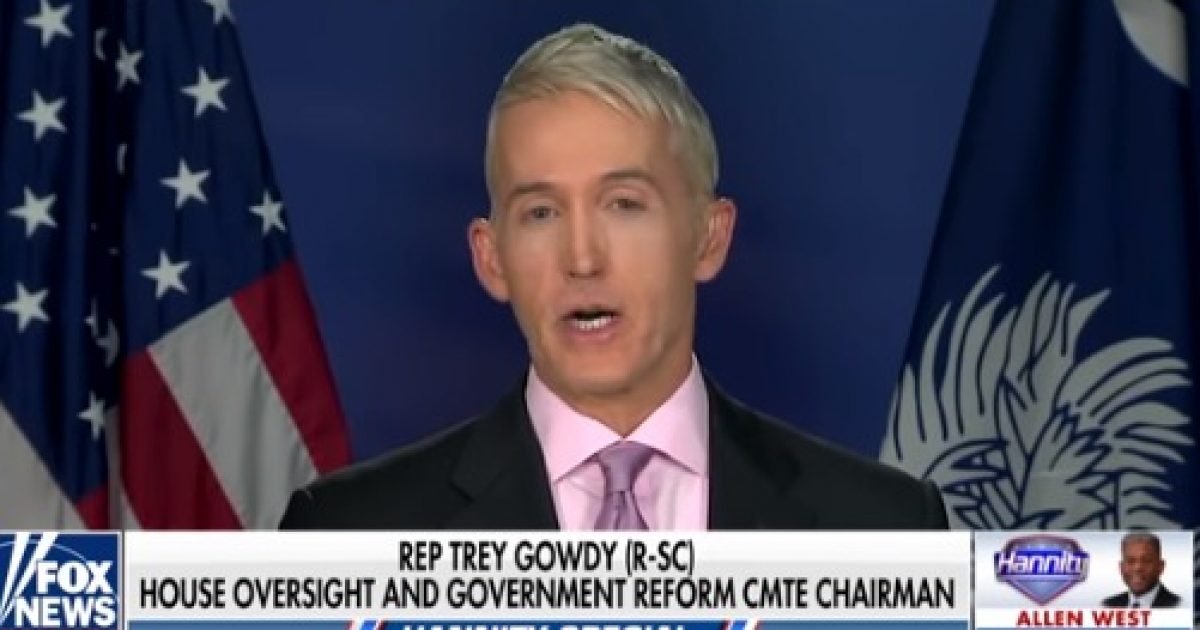 [VIDEO] In this video you will see that Representative Trey Gowdy does not have any love for his antagonist, Representative Adam Schiff. They both serve on the House Intelligence Committee. Representative Schiff is heavily invested in protecting the Obama administration, Hillary Clinton, and the swamp. Because of that, Mr. Gowdy has little, if any, respect for him. He is quite blunt in his voiced opinions. Don’t miss this one.

“He wanted to be the attorney general under Hillary Clinton, and nobody in the country worked harder to protect her than Adam Schiff. He wanted to run for the Senate in the People’s Republic of California, but he couldn’t win either of those seats. So now, he wants to be the chairman of the House Intelligence Committee,” Gowdy told Fox News’ Jason Chaffetz.

Gowdy was responding to remarks that Schiff made in an interview with CNN on June 28 about House Republicans’ efforts to obtain information about the FBI and Justice Department’s investigation into possible collusion between the Trump campaign and Russian government.

Schiff included Gowdy as one of “four horsemen of the apocalypse” in the effort to obtain the information.

“We have all to many members of Congress trying to prostrate themselves before the Executive and give him anything he wants,” Schiff told CNN’s Wolf Blitzer.

“The four horsemen of this apocalypse have been Devin Nunes, Trey Gowdy, Mark Meadows and Jim Jordan,” he continued. “They have been leading the charge basically to require the Justice Department to give them materials that can be leaked or fed or misrepresented…in the service of the…….