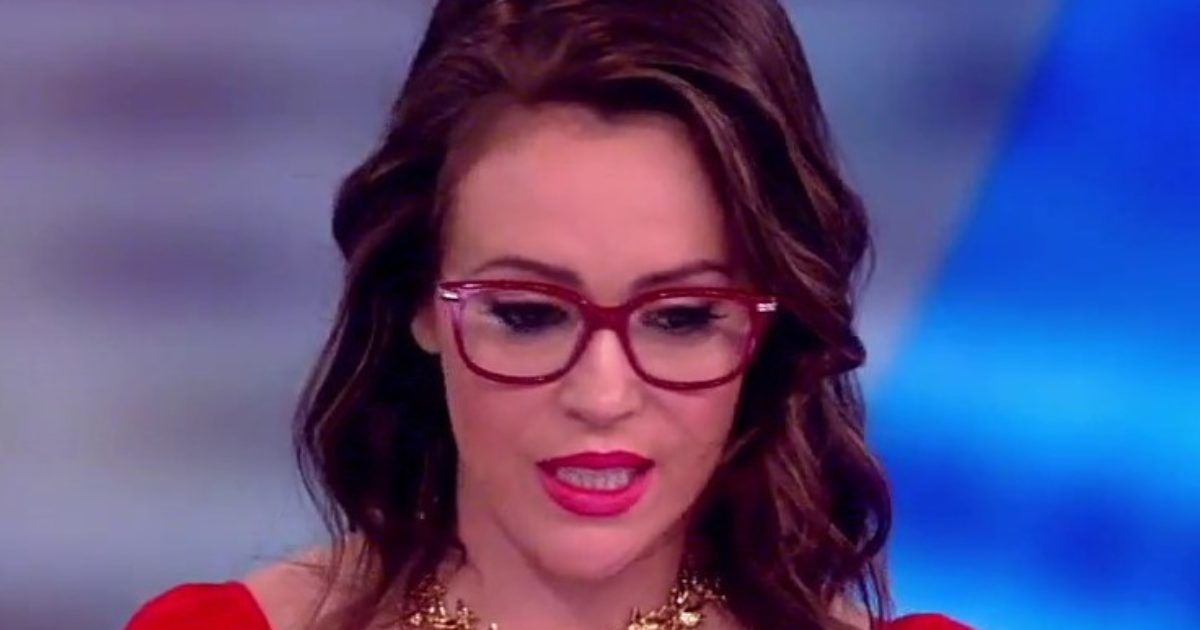 In Hollywood, some Has Beens think that their opinions are worth more than others. Alyssa Milano is demanding that her followers get out and bang down the door s of their Senators to stop the Supreme Court nomination of Judge Brett Kavanaugh. It has a nice ring note of implied violence, don’t you think? That is the go-to strategy of the alt-left to intimidate and coerce those that do not agree with their narrative. That was not the only person or group that she attacked while she had her audience. Please read the rest here.

As Written and Reported By Ian Mason for Breitbart:

Resistance activist and actress Alyssa Milano contributed a dramatic reading as the supposed victims of Judge Brett Kavanaugh for far-left video producer “Now This,” urging her followers to “bang down” their senators’ doors to stop his confirmation.

In the video, Milano blames Kavanaugh for the murder victims at Marjory Stoneman Douglas High School’s deaths because he once dissented in favor of a reading of the Second Amendment that included semi-automatic rifles. Milano similarly blamed the National Rifle Association for Iranian-born animal rights activist Nasim Aghdam’s attack on YouTube’s headquarters. She then faults Kavanaugh for another dissent in which argued that an illegal alien apprehended on the border and being held for removal proceedings did not have a right for American taxpayers to fund her abortion.

Milano also criticizes Kavanaugh for such constitutional truisms as his purported belief “a president should be able to ignore a law if he deems it unconstitutional” and the widely held opinion that a sitting president cannot be indicted in normal federal criminal proceedings and that impeachment is the constitutionally available remedy, something that successive Republican and Democratic White Houses have….

THERE IS MORE ON THIS STORY AT THE LINK BELOW: