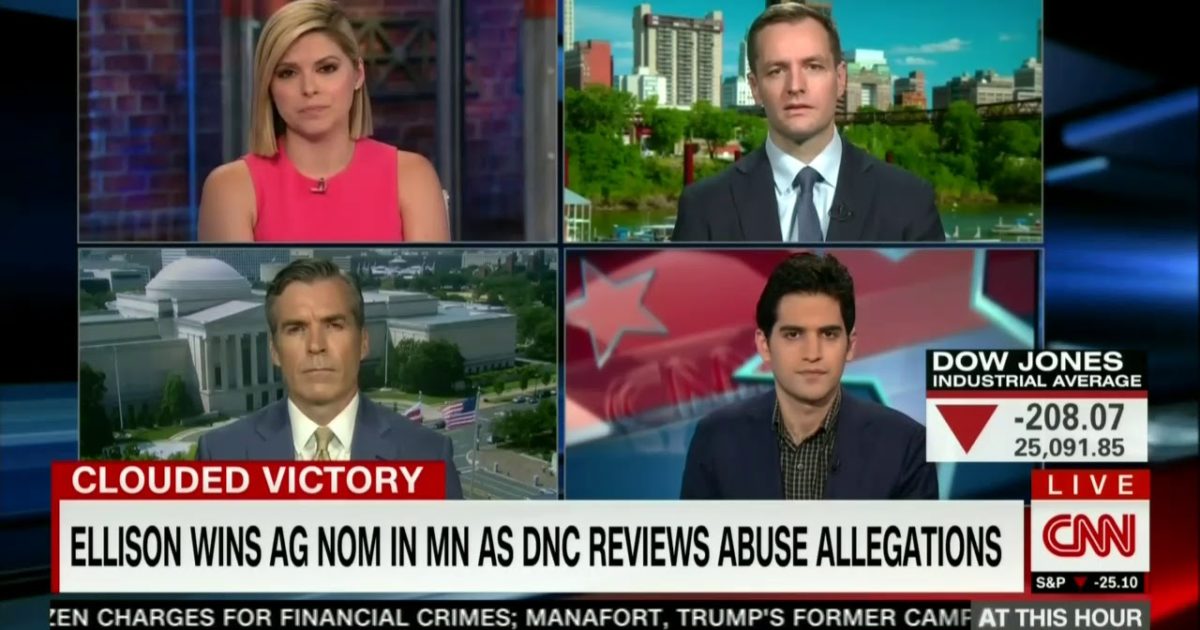 [VIDEO] Robert E. Mook, former political campaign strategist and campaign manager for Hillary, just threw Democratic National Committee deputy chairman and Representative Keith Ellison under the bus. Ellison has been accused of domestic abuse by his former girlfriend. This was brought to light by the girlfriend’s son. There is even talk of a video to back up the charges. Mook has said that no Democrat should campaign for or with Ellison until all the facts are known. Ellison just won his primary campaign to run for Attorney General for the State of Minnesota. Will Ellison survive the loss of party support?

Mook, appearing on CNN to discuss the explosive accusations against Ellison, said the Minnesota lawmaker must be held “accountable” if the allegations are factual. “Right now, in this moment, should Democrats be campaigning with him? Like Amy Klobuchar? What should she be doing?” CNN anchor Kate Bolduan asked Mook.

“I think we need to let the process play out to look if this is true. And if it’s true, you know, I think he needs to be held accountable,” Mook replied. “I don’t think people should be campaigning with him.”

The shock allegation surfaced on Saturday when Austin Aslim Monahan, the son of Ellison’s former girlfriend Karen Monahan, alleged on social media to have witnessed footage of the ordeal. Monahan has publically stated the video does indeed exist, however, the thumb drive which possesses the video was lost when…..

THERE IS WAY MORE AT THE LINK BELOW KEEP READING!