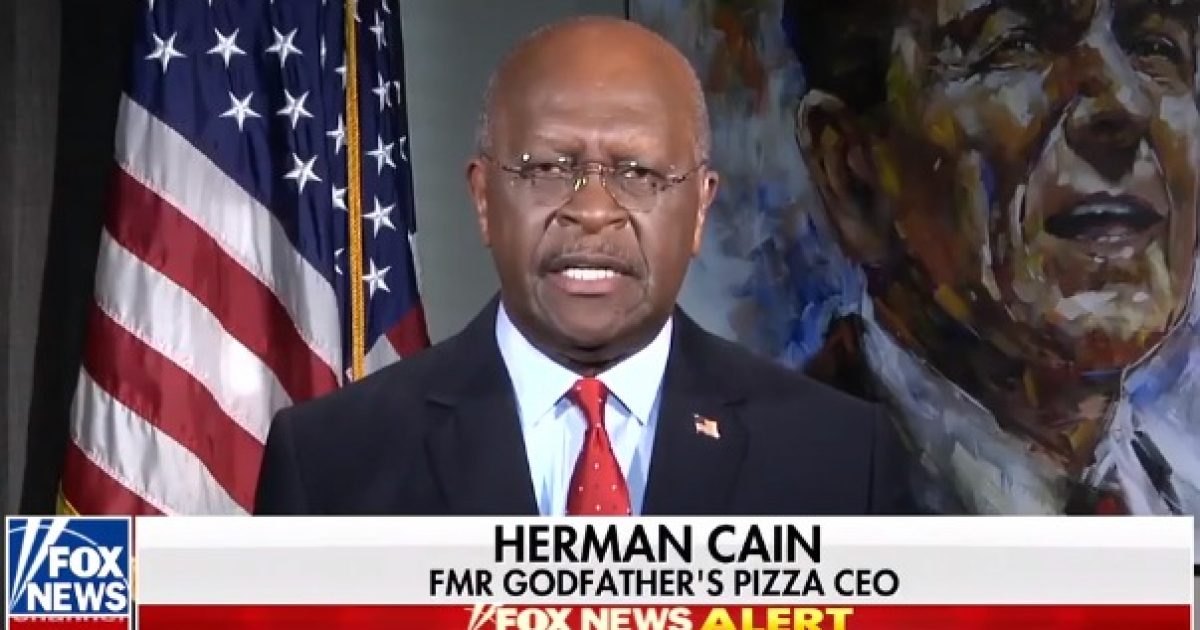 Herman Cain was asked what he thought about Roseanne Barr’s tasteless controversial tweet that lead to the termination of her show. We already know what ABC thinks of it and in no uncertain terms. That was one of the quickest trigger pull that a major network has ever made to pull the plug on a highly rated show. Though Mr. Cain says that Roseanne’s tweet was, in fact, racists, ABC’s motives have to be questioned. Mr. Cain points out that ABC may have been just looking for an excuse to terminate the show, and it was gifted to them. Here is what Herman thinks.

While the former Godfather’s Pizza CEO took issue with Barr’s “despicable” and “racist” tweet, he also questioned the assertion that Barr was a racist herself and ABC’s motives for cancelling the show.

“Well, first of all, it was despicable and it did have a racist implication,” Cain told Fox News host Neil Cavuto. “She overstepped her bounds and she didn’t think about what the backlash would be. However, I don’t disagree with all of the criticism that she has gotten. I question whether or not that was the only motivation for cancelling the show.”

Cain admitted that “we will never know” the network’s true motivations, but the fact that ABC “provided 91 percent negative coverage” of President Trump and Barr was a high profile defender could be a factor.

Barr provided the “ammunition” the network needed, Cain stated, “and that’s too bad for her as well as all the people that had jobs” on the

THERE IS EVEN MORE HERE AND THE VIDEO!