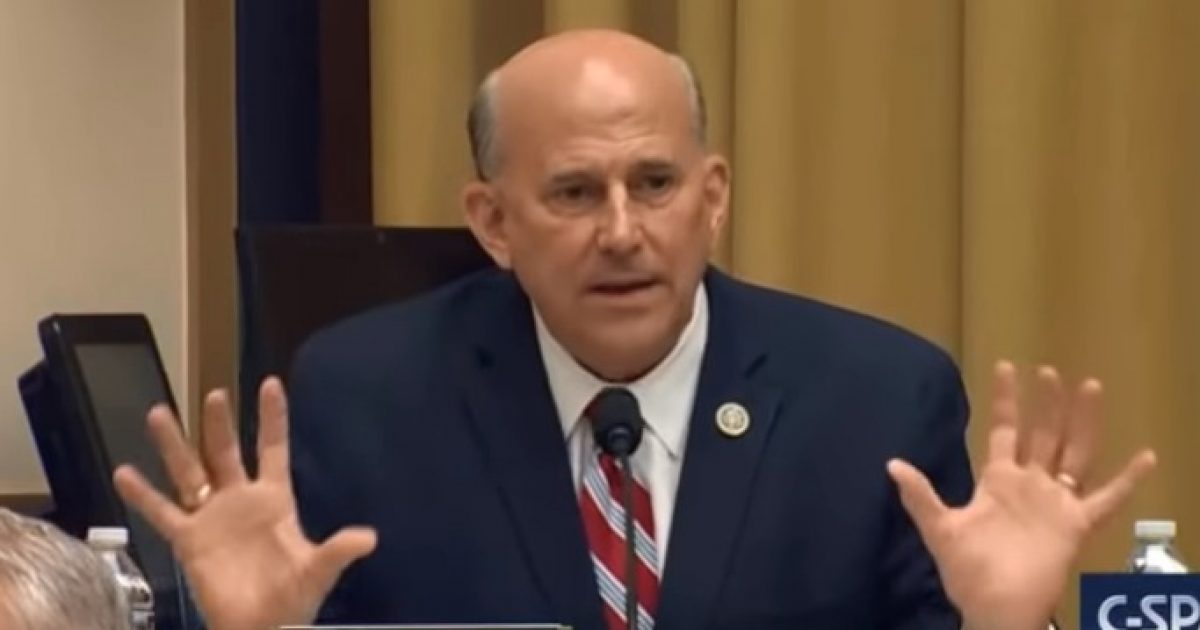 [VIDEO] Representative Louie Gohmert of the House Judiciary Committee just wanted one question answered by any one of the three social media representatives in front of the committee. There was a representative from each of the big three; Facebook, Google, and Twitter. All that Mr. Gohmert wanted was a simple yes or no. It is not clear if they did not know the answer to the question or if they wanted to dodge the question. Watch this in amazement.

Rep. Louie Gohmert (R-TX) went after tech giants Facebook, Twitter, and Google on Tuesday during a House Judiciary Committee hearing on concerns about bias in their social media filtering practices.

Gohmert, fresh-off his beatdown of disgraced FBI agent Peter Strzok, wasted no time going into attack mode, hammering the Democrats before getting testy with the three representatives from the social media…..

WAIT! DON’T STOP READING. THERE IS MORE AT THE LINK BELOW: