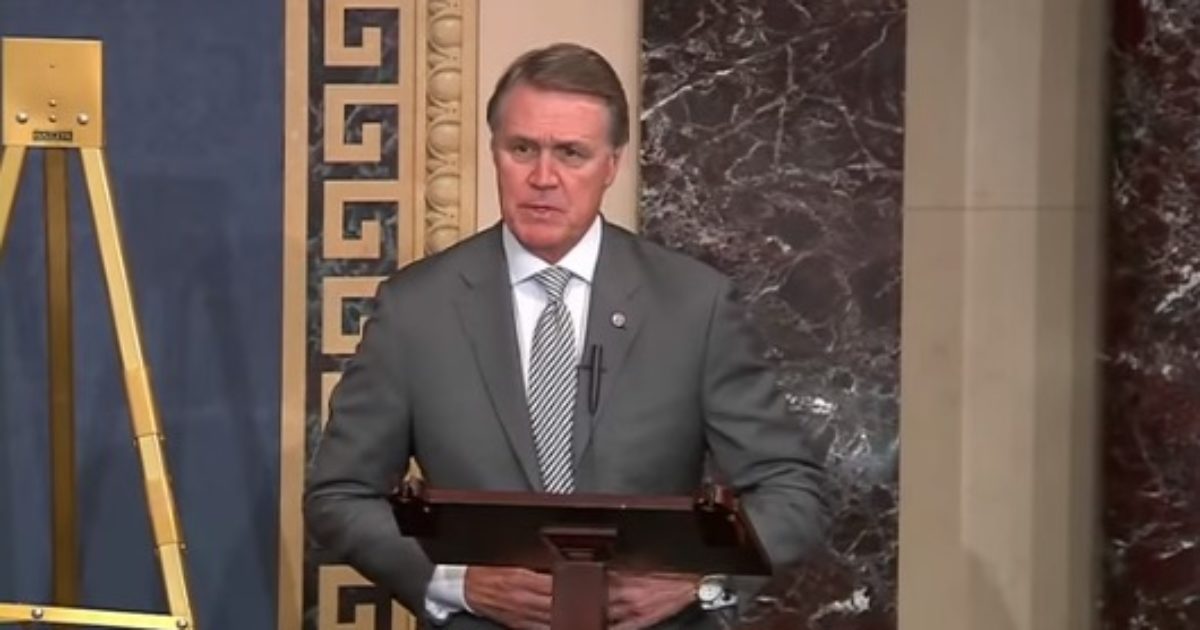 [VIDEO] Georgia Republican Senator David Perdue and his wife were ambushed by paid radical anti-Kavanaugh protestors as he passed through Reagan International Airport. They even besieged him as he went into the Men’s room. It had to be a terrifying time for his wife. The Senator has since blasted his Democrat colleagues in the Senate. There are no Democrats on record criticizing any of the violent and intimidating tactics that have taken over the left side of the Democratic Party. You have to ask yourself if this is now the face of the Democrats. How much worse will they get? When will the Right have had enough? Read the Senator’s remarks below.

A handful of anti-Kavanaugh protesters followed Republican Sen. David Perdue of Georgia and his wife through Reagan National Airport on Monday and continued shouting him down even after he walked into the bathroom.

“Be A Hero’” is a campaign launched from the Center for Popular Democracy (CPD) to incentivize Americans to vote for progressive Democrats during the November midterm elections. The Open Society Foundation, which was founded and funded by George Soros, is one of CPD’s largest funders, giving millions to the organization over the past few years.

The gaggle continued shouting at the Georgia senator in the Virginia airport even after he veered away into the bathroom, warning he has “to exit [the bathroom] at some point” and talk to them……

WATCH THE VIDEO AND KEEP READING THERE IS EVEN MORE AT THE LINK BELOW:

Protesters Shout Down David Perdue While He’s In The Bathroom, He Fires Back | The Daily Caller